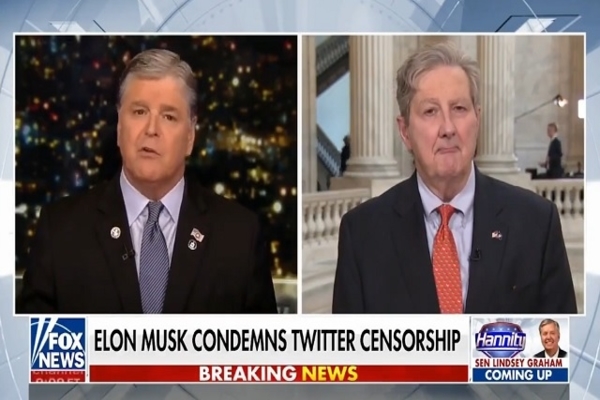 WOW: Sen. John Kennedy to Hannity: “Hate Speech” Must Be Banned From Twitter

(IL) – Incidentally, Kennedy went on to say leftists should be allowed to say “all white people are racist” on Twitter but made no similar claim about allowing other forms of “racism” or “antisemitism,” the issue Hannity actually raised.

I don’t think that’s a coincidence. We all saw how Texas Gov. Greg Abbott (R) last year smeared Gab as an “anti-Semitic platform” and pushed for it to be shut down.

These are “GOP values.”

Louisiana Senator John Kennedy (R) told Sean Hannity on Thursday that so-called “hate speech” must be banned on Twitter and Hannity failed to give any pushback.

“Here we see braindead Sean Hannity and dopey Sen. John Kennedy in one sentence talk about how important free speech is and in the next say that ‘hate speech’ must be banned because muh waycisms and muh andy-zemidisms!” Gab commented on Twitter. “Ladies and gentleman: ‘Republicans.’ “

Here we see braindead @seanhannity and dopey @SenJohnKennedy in one sentence talk about how important free speech is and in the next say that “hate speech” must be banned because muh waycisms and muh andy-zemidisms!

“Let me ask you, should there be – obviously you gotta have a limit, nobody should be able make a physical threat against somebody – ” Hannity said.

“The question is, if you really want to have a freedom of speech platform, I mean any reasonable person with a conscience and a soul deplores real racism and deplores, um, real antisemitism,” Hannity said, prompting Kennedy to agree with an “Mhm.”

Hannity asked, “Uh, do you let those people say what they want and assume that the free market will weed them out and people won’t pay attention to them, or should there be some standards? That gets a little more complicated.”

“Hate speech” doesn’t exist in America under the First Amendment and for Kennedy to say otherwise should disqualify him from office. 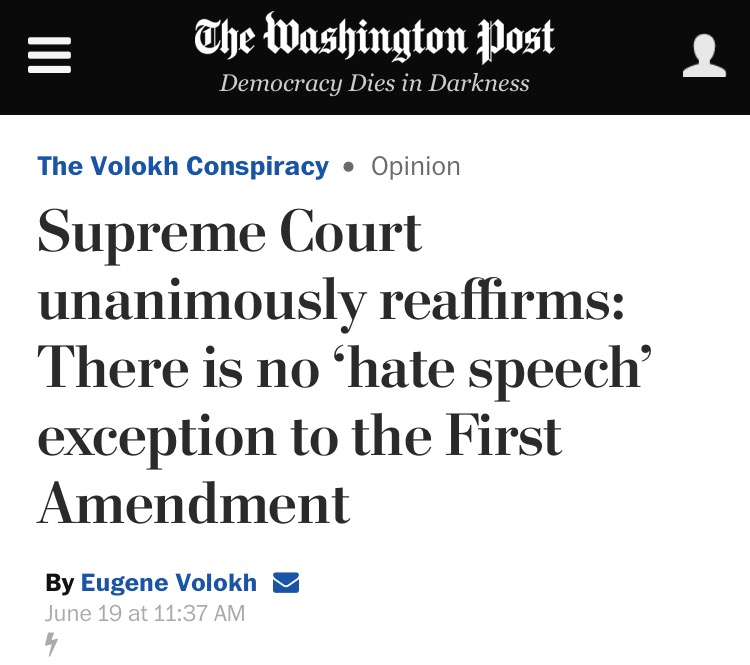