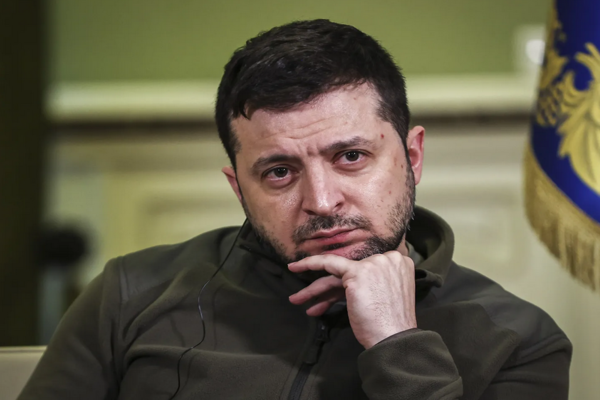 Oleksandr Vilkul, head of the city’s military administration, told residents of the city that “Russia has committed another terrorist act” in a Telegram message quoted by Ukrainian state media.

“They hit a very large hydrotechnical structure in Kryvyi Rih with eight cruise missiles. The attempt is to simply wash away a part of our city with water,” Vilkul alleged.

“We are monitoring the situation, the response efforts are underway, all services are involved, everyone is on the site. But the water level in the Inhulets River has risen,” he added.

Zelensky sought to reassure citizens that “everything is being done to eliminate the consequences” of what he described as “yet another vile Russian act” in a video address on Thursday morning.

Analysts at the U.S.-based Institute for the Study of War have speculated that the reported strikes on Kryvyi Rih would have served a military purpose, namely washing away pontoon bridges used by the Ukrainian military miles downstream — although the efficacy of such a tactic has been questioned.

The apparent strikes come as Russia faces a disastrous rout from the region of Kharkiv (Kharkov), Ukraine’s second-largest city, to the north-west of the Donbas, with thousands of acres of territory recaptured right up to the Russian border by a lighting Ukrainian counter-offensive, according to both the Ukrainians and Russian-installed local officials.

The situation in the Kherson region, south of Kryvyi Rih and north of Crimea, is also reportedly hanging in the balance for Moscow in the face of a less rapid Ukrainian counter-offensive, primarily targeting Russian forces partially marooned on the wrong side of the Dnieper River from the bulk of Russia’s occupied territory due to the damage or destruction of key crossings.