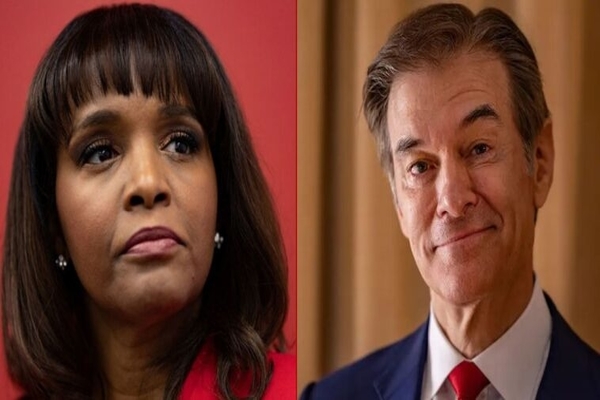 (trendingpolitics) – The Pennsylvania primaries have been thrown into disarray after an election “glitch” caused an issue for thousands of mail-in ballots.

“An error by a company that prints ballots for several Pennsylvania counties made thousands of mail-in ballots unreadable Tuesday as voters were deciding hotly contested primaries for governor and U.S. Senate in one of the nation’s most important battleground states,” PBS reported.

“Officials in Lancaster County, the state’s sixth most populous, said the problem involved at least 21,000 mailed ballots, only a third of which were scanning properly,” the report stated. “The glitch will force election workers to redo ballots that can’t be read by the machine, a laborious process expected to take several days. Officials in the GOP-controlled county pledged that all the ballots will be counted eventually.”

“Citizens deserve to have accurate results from elections and they deserve to have them on election night, not days later,” Josh Parsons, a Republican and vice chair of the county board of commissioners, said at a news conference. “But because of this, we’re not going to have final election results from these mail ballots for probably several days, so that is very, very frustrating to us.”

“The Lancaster Board of Elections, of which Parsons is a member, renewed its criticism of a 2019 state voting law that expanded mail-in balloting but prevented counties from opening mailed ballots before Election Day to check for errors,” the report continued.

“The board said the law, which passed the legislature with bipartisan support, also forces counties to use vendors to print ballots rather than doing them in house,” it noted.

“Act 77 is untenable for us as counties to continue to work in elections and not have problems like this,” said Ray D’Agostino, chairman of the Lancaster board.

The New York Times had another excuse for the delays, however: Election laws.

“With two large fields in close Republican primaries for Senate and governor, a tight Democratic Senate race and more than 910,000 applications for mail-in and absentee ballots requested, election officials in the state anticipate that it could take a while before definitive results are tallied,” the NY Times reported.

“A main cause is in Pennsylvania’s election code: Election officials are not allowed to begin opening and processing mail-in and absentee ballots before 7 a.m. on Election Day. This provision was one of the chief causes of delays during the 2020 presidential election.

Election officials have begged lawmakers to change the law to give them more time to process absentee ballots. Democrats who have tried to do so have been blocked by Republicans, who control the legislature.

“We know that voters want results on primary election night,” said Ellen Lyon, a spokeswoman for the Pennsylvania secretary of state’s office. “We will have unofficial results within a few days. Given the possibility of recounts and the need for official certifications, it is unlikely that final results in all races will be available on election night.”

Josh Shapiro, the attorney general of Pennsylvania, won the Democratic nomination for governor

Meanwhile, Representative Ted Budd won the Republican primary for Senate in North Carolina. He outbattled competitors in a 14-way race with a boost from powerful endorsements from Donald J. Trump.

There are four other states voting on Tuesday — Oregon, Idaho, and Kentucky. It is hoped that those states can get their results in before midnight tonight.