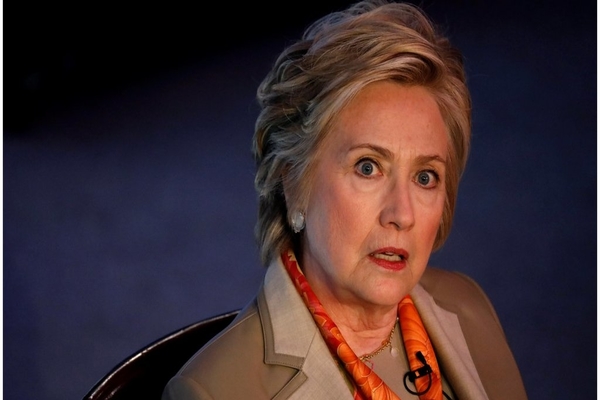 (breitbart) – Harvard Law School Professor Emeritus Alan Dershowitz, author of The Price of Principle: Why Integrity Is Worth the Consequences, noted on SiriusXM’s Breitbart News Sunday with host Joel Pollak that former first lady Hillary Clinton “wasn’t investigated,” “searched,” or “subject to criminal prosecution” for her mishandling of classified information during his remarks on news media allegations that former President Donald Trump had criminally removed classified documents from the White House.

“She wasn’t investigated,” Dershowitz recalled. “She wasn’t locked up. She wasn’t searched. She wasn’t subject to a criminal prosecution, and so the shoe-on-the-other-foot argument cuts completely against her.”

Dershowitz emphasized the need for equal treatment under the law regardless of partisan or political affiliation. The FBI’s raid on Trump’s home Mar-a-Lago demonstrated unequal treatment reflected unequal treatment, he determined, when compared with former FBI Director James Comey’s public statements regarding the decision not to prosecute Clinton for use of a private server through which she conducted government communications in her former capacity as U.S. secretary of state.

He said, “You need equal treatment. Garland talked about even-handed treatment: equity, equality. … Hillary Clinton walks around with a hat now saying, ‘BUT HER EMAILS,’ and that’s a good argument. Why aren’t they treated the same? If I had said that Hillary Clinton should be prosecuted and then said that Donald Trump shouldn’t be, that would be very inconsistent, but I would never make such an argument.”

The FBI’s raid of Trump’s private residence at Mar-a-Lago in Palm Beach, FL, was an attempt to get around the former president’s constitutional rights, Dershowitz said. Such a search, he added, was without justification.

“They were trying to circumvent Trump’s Fourth, Fifth, and Sixth Amendment rights,” he stated. “Let’s just assume it was the worst possible secrets [and] that they really had to be preserved. They were being preserved, because they were locked up in the basement. If the court didn’t think that was good enough, you subpoena them, then you log them in the court files with security, and then you go through them paper by paper. No justification for a search warrant, even if they were nuclear secrets.”

Dershowitz assessed Trump’s pleading of the Fifth Amendment while being questioned by New York state authorities as “stupid.”

“I do not understand why Trump’s lawyers had him take the Fifth Amendment,” he remarked. “It seems utterly stupid to me. Why? If you take the Fifth Amendment, the first thing they do is they give you immunity. If they give you immunity, it’s not transactional immunity, it doesn’t stop them from prosecuting. It’s just use immunity, and remember this is mostly about public appearances, and whatever he says about taking the Fifth … you shouldn’t do it, unless it’s absolutely necessary.”

He continued, “In 55 years of practice, I’ve never had a client take the Fifth. I’ve had them take the Fourth. I’ve had them take the Sixth. Never take the Fifth, and I don’t know why he took the Fifth. I just don’t understand it.What he should have done, is he should have challenged the legitimacy of any investigation being conducted by an attorney general who ran for office on the promise that she would get Trump, whatever it took. I wouldn’t answer any questions to a prosecutor like that, but I wouldn’t base it on the Fifth, I would base it on due process.”