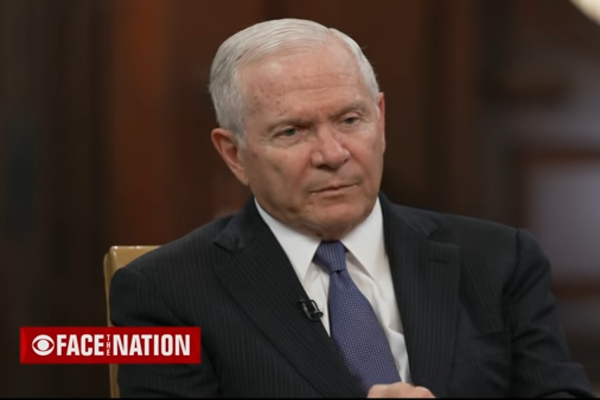 (breitbart) – Robert Gates, the former Defense Secretary under both the Bush and Obama administrations, said Sunday on CBS’s “Face the Nation” that former President Donald Trump running for office would present a “concern” for national security.

MARGARET BRENNAN: You’ve said that you’ve been disappointed in Republican leaders for not standing up for traditional Republican values. We just had this awful shooting in Buffalo, New York. Liz Cheney, Congresswoman, said, “House GOP leadership has enabled white nationalism, white supremacy and anti-Semitism. History has taught us that what begins with words ends in far worse. Republican leaders must renounce and reject these views and those who hold them.” Do you think Republican leaders are enabling those things she said?

GATES: I don’t know that I would go that far. I do know that there aren’t enough of them denouncing those things, denouncing white supremacy, denouncing-

BRENNAN: Do you think it is important for the American public to have a full accounting of the events of January 6th with these public hearings that are planned in the weeks ahead?

GATES: I think so. What happened on January 6 was- was a huge blight on our democracy.

BRENNAN: You think there is value in having this aired publicly?

GATES: I think so, yes. I think people need to understand. My worry is that people will- that everybody will retreat to their ideological corner. And, and so nobody will- nobody will listen. I think maybe the best thing to do is just to rerun the videos.

BRENNAN: Former Trump Secretary of Defense Mark Esper was with us on Face the Nation recently, and he revealed some pretty shocking things about what he witnessed when he was part of the administration. Unconstitutional, illegal, immoral actions. Firing missiles into Mexico. Shooting American protesters in the legs. Did you know that these types of ideas were being considered at that time?

GATES: A few of them. Not, not those specific ones, but, but some others that he talks about. So- and people would call me from the Pentagon and tell me that, you know, we’re- we’re wrestling with how to respond to this. So I had some flavor of it, but none of the kind of detail that- that Mark Esper has in his book.

BRENNAN: Do you believe President Trump running for office again would present that threat to national security?

GATES: It would concern me.

GATES: That’s and that’s- that’s where I am.