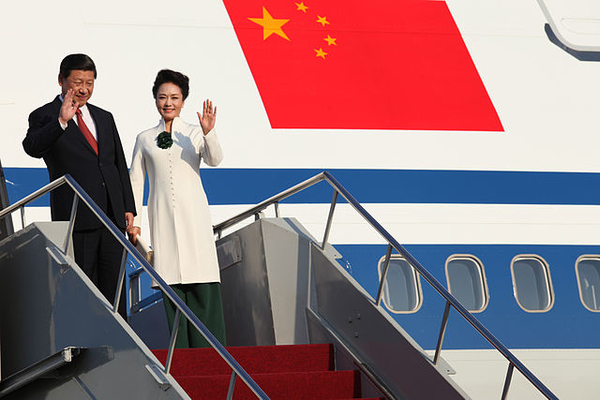 (informationliberation) – Chinese state media outlet Global News on Thursday night announced that China is banning BBC World News from the airwaves due to their “fake news” and relentless “falsified reporting.”

From Global Times, “China bars BBC World News over false reports”:
BBC World News has been barred from airing in China, the National Radio and Television Administration (NRTA) announced, saying some BBC’s reports on China infringed the principles of truthfulness and impartiality in journalism.

Chinese observers said the BBC has turned into “a rumor mill” that deliberately throws mud at China, and the decision to suspend its broadcast sends a clear message that China doesn’t accept fake news.

Suspending the broadcast of BBC World News means that it cannot be received anywhere in the Chinese mainland, as China won’t provide local resolution analysis service to the broadcast company anymore, said Wang Sixin, a professor of law at the Communication University of China.

He said that the high-profile announcement, on Chinese New Year’s Eve, is to show China’s attitude, and attract more public attention. “The BBC does not even bother to hide its anti-China rhetoric, commissioning an anti-China so-called ‘expert’ for research and use fabricated materials to slander China. It deserves such punishment,” said Wang.
The Biden regime is busy censoring all its dissenters and throwing them in prison en masse, so what right do they have to complain?

Of course, that didn’t stop our government from butting in to their affairs.

“It’s troubling that as [China] restricts outlets and platforms from operating freely in China, Beijing’s leaders use free and open media environments overseas to promote misinformation,” Price said without any shame.

The US just shut down Parler and arrested a dissident over some memes he shared four years ago. The Biden regime admitted just last week they want Big Tech to censor more First Amendment-protected speech that they deem “hate speech.”

Tucker Carlson, the only dissident left on TV, is constantly being threatened with having his show taken off the air for daring to do the opposite.
BBC’s recent biased reports on China, either on Xinjiang governance or the once epidemic-hit Wuhan, have drawn fierce criticism in China. On China’s Twitter-like platform Sina Weibo, BBC’s reports were often laughing stock for their biased and double standard reporting.

The BBC recently put itself in the spotlight of the international community with a sensational story that accused China of “mass rape” in the Xinjiang Uygur Autonomous Region based on only one interviewee’s unverified claim. The broadcaster also distorted coronavirus reports about Wuhan.

The BBC last week reported that Uygur women have been “systematically raped, sexually abused, and tortured” at Xinjiang’s re-education camps, highlighting alleged abuses of women’s rights in Xinjiang, which was seriously rejected for “having no factual basis” by Chinese Foreign Ministry Spokesperson Wang Wenbin, who urged the BBC to stop smearing China on Xinjiang topics.
The proper response to this is to point out how the BBC and the British government covers up the mass rape of British girls by Muslim immigrants.
When reporting the one year anniversary of Wuhan’s lockdown, the BBC used footage of police making arrest to claim that the lockdown was a violation of human rights. The footage turned out to be a highway epidemic control drill in Nanyang, Henan Province on February 21 last year, where a man tried to drive directly through a checkpoint and attacked police before being stopped.

China’s Foreign Ministry made solemn representations last week to BBC’s Beijing office for its reports that politicize and smear the epidemic work in China.

For quite some time, the BBC has been devoted to publicizing information that incites separatism and secessionism in China, which endangered China’s national security, Shen Yi, a professor at the School of International Relations and Public Affairs of Fudan University, told the Global Times on Thursday.

Shen said that the broadcaster has yielded to serving the interests of illegal organizations that aim to tear China apart, and has long reported China from a preset stance. “Barring the airing of BBC World News in China sends a clear message that China does not accept fake news,” said Shen.

Li Haidong, a professor at the Institute of International Relations of the China Foreign Affairs University, told the Global Times that it is possible that China will take further retaliatory measures, depending on whether the BBC will correct its wrongs, and stop distorting issues such as Hong Kong, Taiwan and Xinjiang. If not, China is likely to expel BBC journalists based in Chinese mainland, according to Li. “Expelling journalists is a reasonable move, because if journalists fail to report real China, kicking them out is the right thing to do,” said Li.

[…] Li Baiyang, an expert from Wuhan University in Hubei Province told the Global Times that BBC’s distorted reporting of China is part of the “anti-China rhetoric war,” launched by Western anti-China forces. “Media just serve as the pawn.”

He said the anti-China rhetoric war was started by some people in the West, who fear that China’s rapid growth will impact their political system and social thoughts. So they engage in campaign to smear China with strong ideological prejudice.

Even established media such as BBC has deviated from the neutral and objective way of reporting in this trend, said Li, noting that their selection of topic is biased, and their choice of “witnesses” often comes from anti-China forces, and they have degraded from world’s famous media to tools in the ideological struggle.

Li said that nowadays, BBC also received criticism from Western scholars and journalists. “It means that traditional Western media cannot dominate and manipulate public opinion as they used to.”

In October, China’s Ambassador to Grenada, Dr Zhao Yongchen, pushed back against claims his country is “committing genocide” against the exploding Uyghur population by accusing US and European leaders of pursuing a “genocide policy” against their own populations.

“In Europe and America, the birth rate of whites has fallen very seriously. Is this the result of the genocide policy pursued by their leaders?” Yongchen said.

“The Uyghur population in Xinjiang has exploded, but the Chinese govt has been accused of committing genocide by conspirators. Nosense! [sic]”