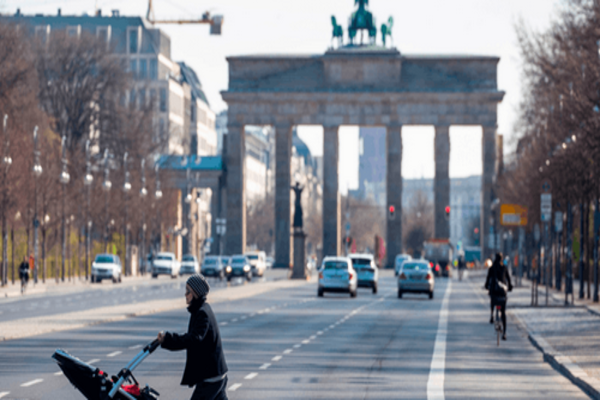 WARNING: Majority of Babies Born Out of Wedlock for First Time in History

(breitbart) – The majority of babies were born to unmarried mothers in Britain for the first time in recorded history, the Office for National Statistics revealed on Tuesday.

ONS figures showed that there of the 624,828 live births recorded in England and Wales last year, over 320,000 were born out of wedlock, compared to 320,713 that were born to married parents or those in a civil partnership.

This means that 51.3 per cent of live births were born to unmarried women, the first time a majority of babies were born out of wedlock since such record began in 1845.

Up until 1978, the percentage of children born out of wedlock was less than ten per cent, however, this increased to 34 per cent by 1988 and has been over 40 per since the turn of the millennium.

The head of health analysis at the ONS, Dr James Tucker said: “This follows the long-term trend of declining marriage rates and increasing numbers of co-habiting couples seen in recent decades.

“However, caution should be taken in interpreting the numbers as we don’t yet know the full impact of the pandemic on marriage and civil partnership statistics.”

The increasing age of mothers has coincided with the government introducing a raft of policies geared towards increasing female participation in the workforce rather than raising their children at home.

One main area that the government has disadvantaged traditional families has been to levy taxes against individual earnings instead of families as a whole, meaning that families which rely on a single income of £50,000 will take home less money than two salaries of £25,000, thereby incentivising women to work rather than stay at home with children.

Should the supposedly Conservative government wish, it could make tax allowances transferable to mitigate this impact, however, so far, it has refused to even consider introducing policies to improve family life.

In addition to the anti-family taxation system, only lower-income families are eligible to receive marriage allowances from the government, meaning that millions of middle-class women are left with no option but to go into the workforce to support their families rather than being able to stay at home with their children should they wish to do so.

In contrast to the British government’s hostile attitude towards traditional families, socially conservative countries in Central and Eastern Europe, such as Poland and Hungary have adopted pro-family policies to incentivise their native populations to reproduce.

Hungary has successfully increased both its marriage and birth rates through economic incentives for mothers, such as granting lifetime tax-exempt status for women who have four or more children.

Poland also introduced pro-mother policies, such as introducing a “maternal pension” to show “gratitude and respect” for women who have raised four or more children.