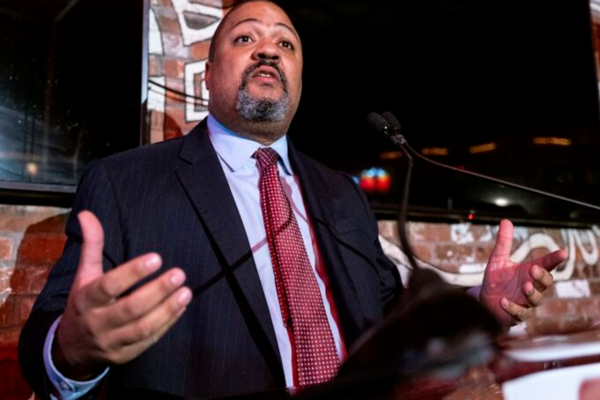 (bigleaguepolitics) – The newly-elected Manhattan district attorney is pledging not to seek prison sentences for the majority of violent felony offenders in his jurisdiction, limiting incarceration only to convicted murderers and some convict of violent crimes involving weapons.

Alvin Bragg’s office announced in documents released Tuesday that “the office will not seek carceral sentence other than for homicide” or “class B violent felony in which a deadly weapon causes serious injury, domestic violence felonies,” and a handful of exceptions.

New York County is coextensive with the city borough of Manhattan. Bragg, who was elected as New York County District attorney last year, is also planning simply not to prosecute crimes involving traffic violations, interference with an arrest, trespassing, and resisting arrest. https://lockerdome.com/lad/12902604669709926?pubid=ld-1790-7993&pubo=https%3A%2F%2Fbigleaguepolitics.com&rid=bigleaguepolitics.com&width=788

Bragg’s office will seek a maximum prison sentence of 20 years, even in cases involving murder. This would all but assure some convicted murderers would spent approximately 15 years in prison for their crimes, a comparative drop in the bucket when weighed against the lives of their victims.

Bragg is pledging to release defendants charged with serious crimes from jail before their trials, doubling down on New York’s controversial “bail reform” law that has allowed career criminals impunity to commit a bevvy of violent offenses as they await trial. Even defendants who refuse to appear for court for violent offenses won’t face additional sanction.

Even some forms of armed robbery would be treated as misdemeanors under Bragg’s jailbreak policies.

Newly-elected Democrat NYC Mayor Eric Adams has talked tough on crime, with city residents tired of the “progressive” third-world governance of Bill De Blasio. However, Bragg’s commitment to an anarcho-tyrannical style of criminal justice- similar to that devastating liberal cities such as San Francisco- may make it impossible for Adams to deliver the tough-on-crime policies New York City’s liberal residents have come to realize are necessary.

The murder rate in New York City has skyrocketed to highs unseen since the 1990’s since the coronavirus pandemic and Black Lives Matter riot revolution.