Many lawmakers cash in after leaving office by becoming lobbyists for corporations and other special interests. But one would hope that they would not become advocates for America’s primary economic and political adversary — communist China — by lobbying for outcomes that run counter to the United States’ long-term interests.

However, Schweizer’s book reveals that many former congressional leaders, committee chairman, and rank-and-file members are lobbying for Chinese intelligence and military-linked companies.

The following 23 former members of Congress — the majority of whom are Republicans — have lobbied for Chinese military or intelligence-linked companies.

Boehner’s advocacy for China began right as he became Speaker of the House and Republicans gained a historic majority.

In 2011, Congress was in the midst of passing a currency manipulation bill, the Currency Exchange Oversight Reform Act, to hold China accountable for keeping its currency artificially low, thus making it easier to boost its exports.

China subsequently hired Squire Patton Boggs (SPB), one of D.C.’s most influential law firms, for $35,000 per month to block the bill.

SPB registered as a foreign agent of the Chinese embassy in Washington, DC, after decades of close ties to the Chinese government.

The Chinese currency manipulation bill sailed through the Senate with a 63-35 vote, featuring strong bipartisan support.

However, Boehner would not allow the bill to come to the House floor for a vote even though half of the House Republican Conference and an “overwhelming” number of Democrats supported the bill.

“It’s a pretty dangerous thing to be moving legislation through the U.S. Congress forcing someone to deal with the value of a currency,” Boehner said.

He even argued that the bill would lead to a trade war.

Schweizer said it “should be no surprise” that when Boehner retired from public office in 2015, he joined SPB as a “strategic adviser” to American and foreign clients.

SPB advised and helped Beijing navigate “issues that will threaten their interests,” according to Schweizer. This includes guidances on the defense appropriations process, the 2020 general elections, and American policy on Hong Kong, Taiwan, Xinjiang, human rights, immigration, trade, and sanctions legislation.

SPB also has strong ties to the highest echelons of the Chinese government; Nick Chan, a senior partner for SPB in China, is also a member of the ruling National People’s Congress (NPC).

“The NPC is the highest organ of state power in People’s Republic of China,” SPB explained recently. 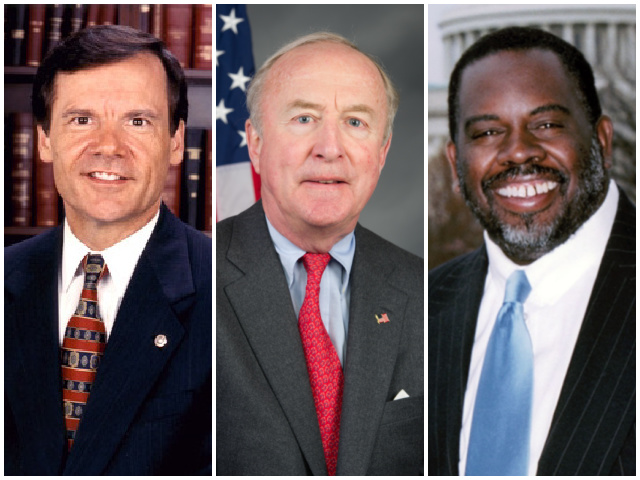 Tencent is another massive Chinese technology company and the creator of WeChat, the popular Chinese messaging app with over 1.2 billion active monthly users.

The Chinese tech firm also develops technologies with military applications and is closely “fused” with China’s Ministry of Public Security and the People’s Liberation Army.

ByteDance operates Tik Tok, the social media phenomenon that was has been widely criticized for its privacy, censorship practices, as well as its close ties to the Chinese government.

Schweizer has noted that former employees have complained that its content moderation practices are strongly “influenced by Beijing.”

Breaux once remarked that his vote in the Senate was not for sale, but it is “available for rent.”

ByteDance also hired Denham and Gordon, whose firm received $160,000 from the company in 2020. 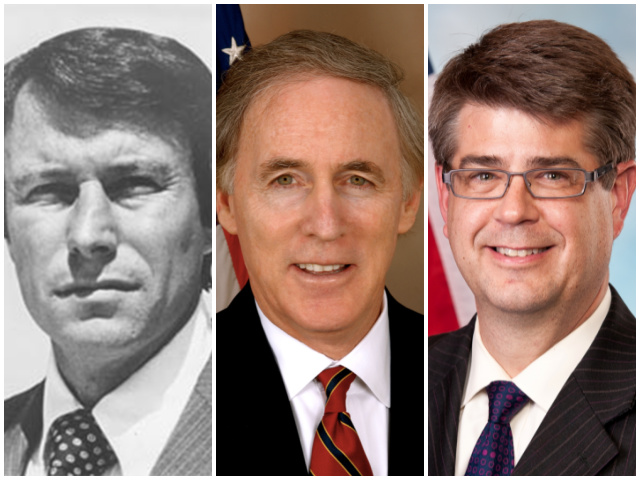 Stearns and Bonker, despite being on the opposite sides of the political spectrum, both work at the lobbying firm APCO Worldwide. They also work together on a contract lobbying for the People’s Liberation Army-affiliated company COSCO.

The FCC has declared Huawei and ZTE telecom hardware a “national security” threat.

Kingston served in the House from 1993 to 2015 and even served as the vice chairman of the House Republican Conference from 2002 to 2006. In Congress, he served as a leading member of the House Appropriations Committee, chairman of the Agriculture, Labor/Health and Human Services/Education, and Legislative Branch subcommittees. The Georgia Republican also was a long-time member of the Defense Appropriations Subcommittee.

Despite his accolades as a “guardian of small business,” Kingston has lobbied for ChemChina, the Chinese state-owned chemical company.

Boucher’s firm received $1.75 million in 2019 for lobbying on behalf of Hikvision.

Boxer, who represented California as a Democrat from 1993 to 2017 and was a ranking member of the Senate Committee on Foreign Relations, later signed on to advise Hikvision and registered as a foreign agent with the Department of Justice.

She claimed that she merely wanted to help create American jobs by providing advice to the Chinese surveillance company.

“When I am asked to provide strategic advise to help a company operate in a more responsible and humane manner consistent with U.S. law in spirit and letter, it is an opportunity to make things better while helping protect and create American jobs,” she said in relation to her lobbying for Hikvision.

Boustany, who served 12 years in Congress and was a member of the powerful House Ways and Means Committee, became the co-chair of the U.S.-China working group, a bipartisan caucus for members of Congress interested in issues related to China.

When leaving office in 2016, Boustany tried to become a trade representative for the Donald Trump administration. When he failed to get that job, he joined Capitol Counsel, a Washington, DC, lobbying firm.

Capitol Counsel registered with the Department of Justice as a foreign agent to represent the China-United States Exchange Foundation (CUSEF). As part of this contract with CUSEF, Capitol Counsel provided “political intelligence gathering” and “substantive advice on China-related legislation,” including “arranged meetings” on Capitol Hill.

Boustany at the same time became a spokesman for an organization called Tariffs Hurts the Heartland, which argued that the Trump administration’s proposed tariffs against China’s abusive trade practices would actually hurt working-class Americans.

Capitol Counsel was also hired to lobby for an entity called the U.S.-China Transpacific Foundation (UCTPF). As Schweizer notes, the UCTPF, according to its filings with the Justice Department, is funded by the Chinese government. The organization’s ostensible purpose is to sponsored trips for politicians and their staff to visit mainland China.

After Cohen served in the Senate, he became the secretary of Defense during the Bill Clinton administration.

He established the Cohen Group in 2001 after leaving the Department of Defense (DOD). The Cohen Group has touted its deep ties to the Chinese government, including Cohen’s first visit to China as a congressman in 1978 when he met Chinese Communist Leader Deng Xiaoping.

“[Cohen] has been a constant presence in the U.S.-China relationship, including commercial development and security cooperation,” according to the Cohen Group’s website.

The Cohen Group also extends its consulting for Chinese state-owned enterprises, which Schweizer says are “often used as tools of the Chinese state.”

The former Defense secretary also served as the vice chairman of the U.S. China-Business Council, a lobbying group for American companies to do business in China.

When the federal government deemed Huawei a security threat because of its close ties to the Chinese intelligence apparatus, the company hired the Cohen Group to negotiate with the U.S. director of national intelligence to find a way to sell its hardware in the United States.

In Red-Handed: How American Elites Get Rich Helping China Win, Schweizer calls for a ban on lobbying on behalf of Chinese military and intelligence-linked companies.

He writes that although “not all lobbying is bad,” that right does not extend to lobbying linked to the Chinese military-intelligence apparatus.

“Too many former politicians are making bundles of money representing these interests in the corridors of Washington power,” Schweizer charged.