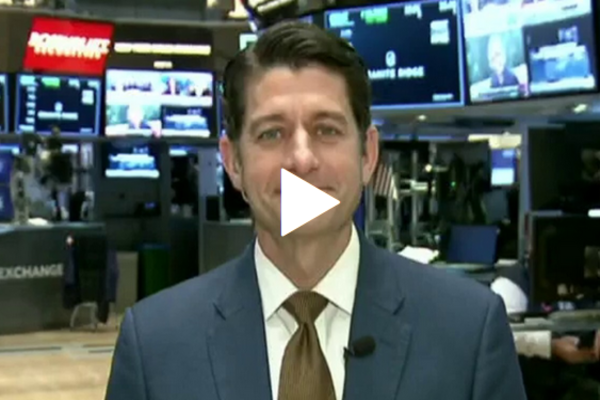 According to Ryan, “anybody not named Trump” was the GOP’s best opportunity for success.

“Is Donald Trump electable in 2024, bearing in mind that you have a history with Mr. Trump?” host Stuart Varney asked.

“Yes, bear in mind, I do have a history,” Ryan replied. “Everybody knows my — our feelings toward each other, I guess I’d say. My point is, we’re going to want to win so badly, we’re going to want to beat Biden and the Democrats in 2024, that we won’t nominate Trump because we want to win. The new swing voter in American politics is the suburban voter. And it’s really clear the suburban voter doesn’t like Trump, but they like Republicans. So I think anybody not named Trump, I think, is so much more likely to win the White House for us.”

“And it’s sort of like what the Democrats did,” he continued. “What, they went from Dean to John Kerry in ’04. They went from Bernie to Hillary in ’16. They went from Bernie and Elizabeth Warren to Joe Biden to win in 2020. And I think the same thing is going to be for us. We’re going to want to win the White House so badly and beat the Democrats. And we know we’re so much more likely to lose with Trump because of the fact that he — he is not popular with suburban voters that we’re going to want to win. And that’s why I think we have got a great stable of candidates, any of whom are really capable of not just getting the nomination but winning the general election.”

Ryan said he did not have a preference beyond anyone besides Trump.

“Are you a DeSantis guy?” Varney said.

“I like all of them,” Ryan responded. “Look, I’m not one of these things — I like Ron. I like Glenn Youngkin. I like Mike Pompeo, Nikki Haley, Mike Pence. You name it. Any one of these candidates would make a fine president and, most importantly, will win the White House. And why would we want to risk giving the nomination to somebody that we know — we haven’t lost — my party hasn’t lost this much this fast than we have with Trump. We lost the House, the Senate and the White House in the span of two years. I don’t want to repeat that. I want to win. And that’s why I think we’re going to nominate somebody who can win.”