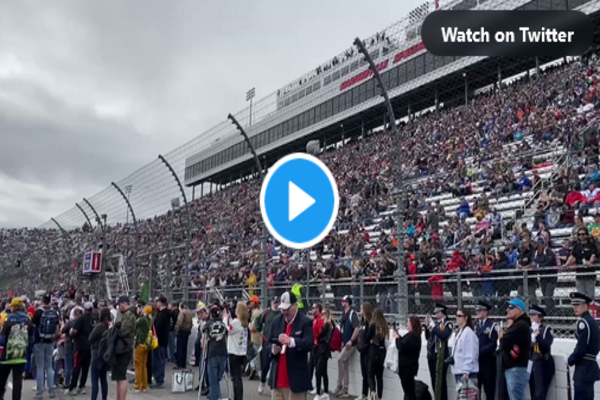 VIDEO: Bubba Wallace Is Back – This Is Hilarious

(breitbart) – Bubba Wallace may be the darling of the leftist sports media but he is clearly not as popular among NASCAR fans, as evidenced by the loud and clear booing of that greeted Wallace during driver introductions this weekend.

Fresh off his one-race suspension for shoving Kyle Larson – the smallest man in NASCAR – fans at Martinsville treated Wallace to a chorus of boos.

As The Athletic’s Jeff Gluck reports, the booing for Wallace was far greater than any other driver received.

While Wallace will always maintain a residual level of unpopularity among NASCAR fans for the brouhaha resulting from his 2020 claim that a garage pull was a noose, a claim investigated and discredited by the FBI. The reaction to Wallace in this case, is more likely due to his bullying of the much smaller Kyle Larson earlier this month.

The trouble started at Turn 3 of the NASCAR Cup Series South Point 400 in Las Vegas, when Larson tried to pass but ended up putting Bubba Wallace into the wall. Wallace then appeared to retaliate by striking the rear of Larson’s car.

Things deteriorated from there as Wallace confronted Larson at his car and shoved him around.

In any event, the two drivers claim to have squashed it. As far as how a large number of NASCAR fans feel toward Wallace? It looks like he has some work to do.

Previous article
BREAKING: U.S. Pledges Additional $270+ Million – This Is Stunning
Next article
WARNING: A ‘Threat to the Heart of Our Democracy’ – Top Democrat Does It AGAIN