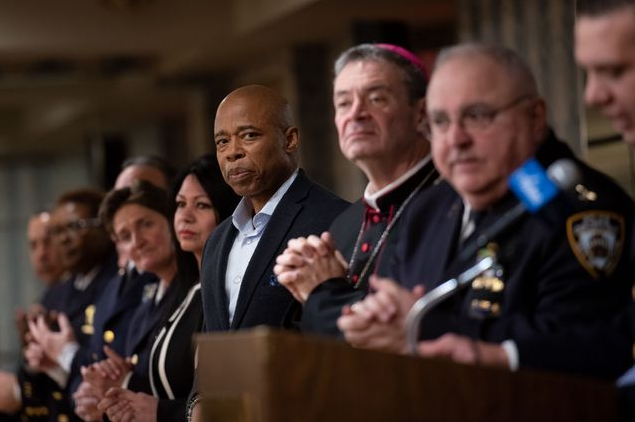 (breitbart) – More than 50 people were shot over the Fourth of July weekend in Mayor Eric Adam’s (D) New York City.

Numerous people were shot and wounded July 4 too, including four who were shot while at a barbeque in Jamaica, Queens.

NBC 4 noted there were 14 shootings on July 4 alone, leaving 21 wounded in addition to the three killed.

Monday morning, before the day’s shooting fatalities had occurred, PIX 11 noted the number of July 4th weekend shootings in NYC had already “spiked 60 percent” compared to the same time frame in 2021.

Mike Bloomberg’s Everytown for Gun Safety lists New York as No. 3 in the nation for stringent gun laws.

New York has a red flag law, universal background checks, an “assault weapons” ban, a “high capacity” magazine ban, and numerous other gun controls, including limitations on where law-abiding concealed carry permit holders can be armed for self-defense.

Previous article
WOW: Trump Gets Best News Yet – He Is ON TOP
Next article
BREAKING: NPR Sends Disgusting Message To ‘Queer’ Youth