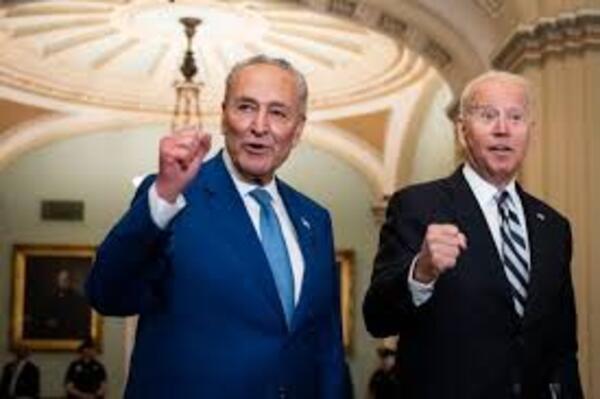 (breitbart) – U.S. automakers and a group of Senate Democrats are working to hobble provisions of the Inflation Reduction Act intended to bolster the domestic critical mineral supply chain, exclude China from benefiting from U.S. taxpayer subsidies, and set the U.S. on a path to renewable energy independence.

Senator Debbie Stabenow (D-MI) told reporters this week that the rules requiring key components to be sourced from the U.S. and allied trading partners should be changed to allow consumers to receive tax credits for cars that do not meet the requirements in the current version of the bill.

The bill, which is a compromise worked out between Senator Joe Manchin (D-WV) and Majority Leader Chuck Schumer (D-NY), includes nearly $370 billion in investments related to “climate change and energy security.” Among the provisions are tax credits and other incentives to promote electric vehicles, renewable energy investment, and investment in critical minerals.

Among the provision is an expansion of the $7,500 tax credits to help consumers buy electric vehicles. The bill eliminates the existing 200,000 vehicle cap under current law and creates a $4,000 credit for used electric vehicles.

The bill also significantly revises the criteria for which vehicles are eligible for the tax credits in a manner consistent with economic nationalist goals. Final assembly of the vehicles would have to occur in North America. Initially, forty percent of the value of critical minerals used in the electric vehicles’ batteries would have to originate in countries where the U.S. has a free trade agreement, moving up to 50 percent in 2024 and 80 percent in 2027. Vehicles satisfying the critical minerals requirement would be eligible for a tax credit of $3,750.

The bill also allows for an additional tax credit of $3,750 if at least 50 percent of the battery’s components are manufactured or assembled in North America. That ratchets up to 100 percent by 2029.

Importantly, the bill would prohibit the application of the above tax credits where a vehicle’s battery contains “any” critical minerals from China, Russia, or any “foreign entity of concern.”

Automakers have reportedly protested that they cannot meet the requirements and so their customers will not be able to take advantage of the tax credits. Although the tax credits go directly to car buyers, they benefit the manufacturers by subsidizing sales. Senator Manchin has balked at their protest.

“Tell (automakers) to get aggressive and make sure that we’re extracting in North America, we’re processing in North America and we put a line on China,” Manchin told reporters. “I don’t believe that we should be building a transportation mode on the backs of foreign supply chains. I’m not going to do it.”

Manchin said the United States builds its own gasoline-powered vehicles and engines. “Now all of a sudden – now we can’t?” the senator from West Virginia asked. “Come on.”

Currently, most of the world’s refining of critical minerals for batteries is done in China. This makes EV production dependent on Chinese manufacturers, similar to the way Germany is dependent on Russian natural gas, giving China leverage over the U.S. through its chokehold on battery materials. On top of that, critical mineral refining capacity would be even more difficult to substitute than Russian natural gas, requiring far more time and greater capital investment.

Stabenow has claimed that U.S. automakers are “working really, really hard” so that supply chains do not have to run through China but argued that will take years, according to Roll Call. In the meantime, she wants the restrictions loosened. The result would be U.S. tax credits enriching China refiners and discouraging diversification of the world’s refining capacity.

Previous article
BREAKING: Top Democrats Refuse To Say It – Pelosi Stunned
Next article
Barr: DOJ ‘Taking a Hard Look’ at the Group at the Top, Including Trump