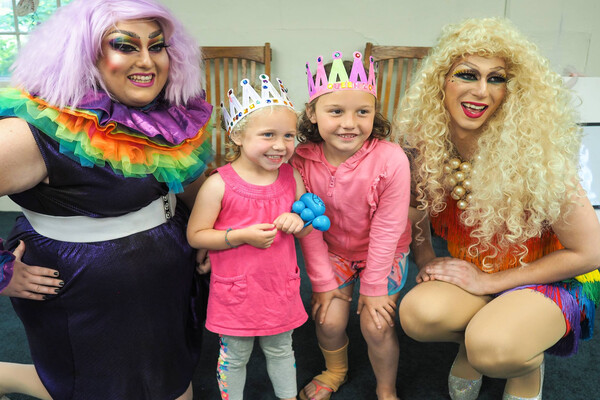 (breitbart) – Philadelphia parents are outraged as their children’s school is planning to host drag queens for six-year-olds.

Parents were sent a notification telling them their first-graders were to be subjected to grown men in dresses reading them stories at Albert M. Greenfield School.

“Your child’s classroom will be participating in the Drag Queen Story Hour!” an email sent to parents read.

The drag program seeks to expose children to books “with style, flare, and creativity,” through reading stories about “love, diversity, and acceptance.”

“School districts across the Commonwealth are pushing adult topics and concepts on children earlier and earlier, forcing families to address topics that they may feel are inappropriate for their children,” local parents’ advocate Ada Nestor told Fox News. “These decisions need to be left with the family.”

The school district doubled down, however, telling the outlet it is “proud to collaborate with a variety of community partners to provide an array of events and opportunities” insisting these events promote “positive academic, social and emotional outcomes for our students.”

They also said parents have the option to remove their children from the event.

Republican Pennsylvania gubernatorial candidate Doug Mastriano responded to the revelation, saying, “Our schools need to get back to the basics of education, not indoctrination. It’s absurd for anyone to think that a sexually-charged story-hour with drag queens is appropriate for young children.”

While drag queen story hours are pushed on children, families, and school districts as “family-friendly,” the sexual politics behind such events is much more sinister and in line with academic queer theory.

The message is “utterly serious,” Rufo writes, saying the goal is “the deconstruction of sex, the reconstruction of child sexuality, and the subversion of middle-class family life.”

“The ideology that drives this movement was born in the sex dungeons of San Francisco and incubated in the academy,” he continued. “It is now being transmitted, with official state support, in a number of public libraries and schools across the United States.”

Exposure to children is one way of ensuring a new class of adults goes along with the queer theorist social prescription.