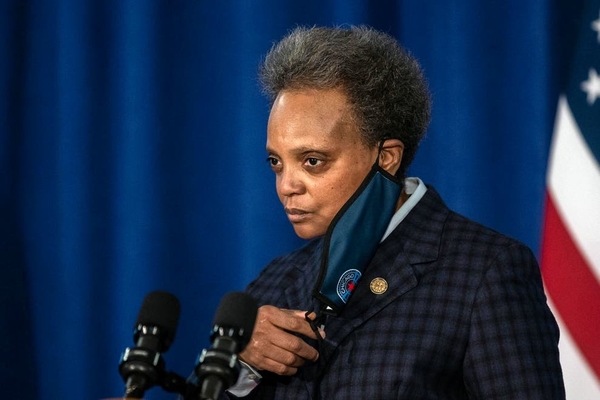 Over the weekend in Mayor Lightfoot’s (D) Chicago, at least 23 people were shot, three fatally.

On Sunday, Breitbart News reported 14 people had been shot, one fatally, Friday through Saturday. Saturday morning at Indian Lakes Hotel in Bloomingdale, a Chicago-area community, the shots rang out, leading to one fatality.

NBC 5 quoted Public Safety Director of Bloomingdale, Frank Giammarese saying, “It appears that there were a couple of different groups attending different events at the hotel…[when] something transpired, and that’s when the shooting took place, mostly in the hallways at the hotel.”

While trying to break up a fight Friday, a man was fatally shot. Two men were fighting at about “9:10 pm in the 1600 block of North Cicero Avenue” Kenny Winters, 42, stepped in to stop it. He was shot in the leg and back and taken to a hospital, where he died.

The third fatality was discovered by officers Sunday night around 11:10 pm, when officers found him shot multiple times in a doorway “in the 7700 block of South Yates Boulevard.” He was pronounced dead at the scene.