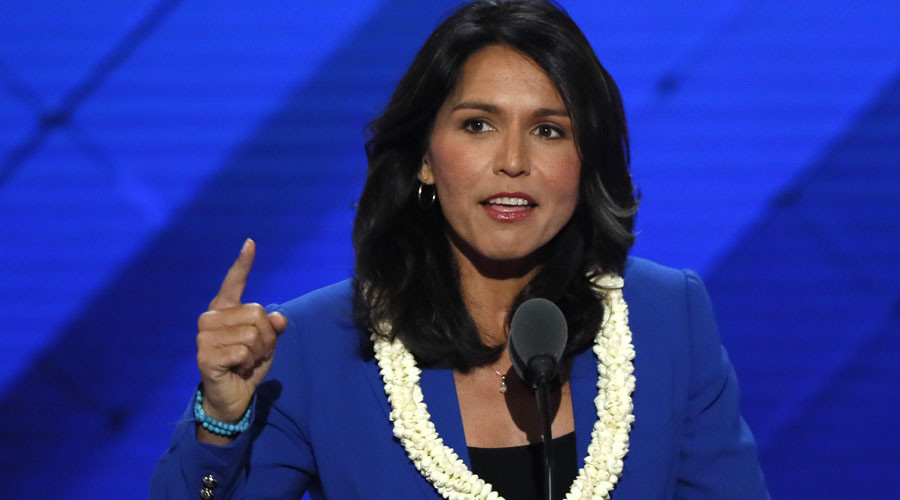 Tulsi Gabbard (D-HI) has a plan to redirect excess profits from multinational corporations that were allowed to remain open during the Chinese coronavirus crisis to small businesses that have been forced to close due to the economic shutdowns.

The Pandemic Crisis Excess Profits Tax legislation was released on Friday, to ensure that corporations such as Amazon, Facebook, Walmart, and Google are not profiting off economic shutdowns that have helped clear the market of their competitions.

“Big tech corporations and big-box retailers are among those who have made excessive profits during the COVID-19 pandemic, while mom and pop shops are being forced to close their doors due to government-mandated restrictions,” Gabbard said in a statement.

The corporation’s excess profits would then be directed to aid struggling small businesses that have been forced to close their doors due to the economic shutdowns while giant conglomerates have been allowed to conduct business as usual Gabbard said.

“Small businesses are the backbone of our economy and have borne the brunt of this crisis”,” We need to support our small businesses and make sure that they are able to thrive and compete.”

With roughly 800 to 1,200 small businesses closing every day, executives of the nation’s biggest corporations – allowed to remain open – have netted enormous profits over the last year.