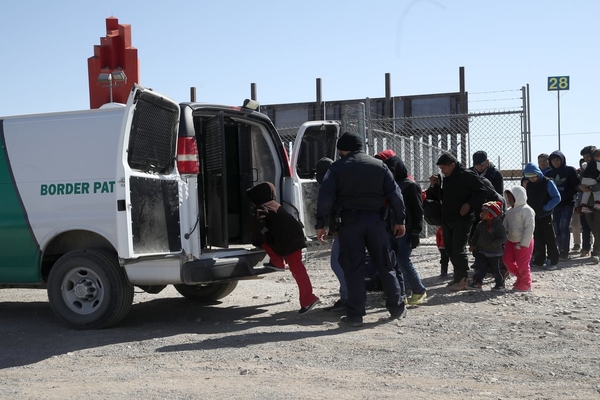 SHOCKING: ICE Releases Them All – This Is BAD

Border Patrol agents will now rely on Immigration and Customs Enforcement (ICE) officers to release migrants when detention space is unavailable in the Texas Rio Grande Valley, as federal law enforcement report.  The last resort would be releasing migrants into border communities. Local releases by Border Patrol officials will be conducted when ICE cannot cope with Border Patrol’s arrests.

Local shelters in South Texas border communities located in the Rio Grande Valley may find relief depending on where ICE Enforcement and Removal Operations officials release these migrants. Increased media attention to the issue has likely driven the change in procedure.  Migrants will probably be relocated away from communities bordering the Rio Grande Valley.

ICE will transport many released migrants to family residential detention centers away from the immediate border region to await release.  It will require significant transportation costs associated with the migrant’s move to other cities.

ICE-operated Family detention centers are in smaller Texas communities surrounding San Antonio with insufficient public transportation resources to move the migrants.  The move’s design is to change where migrants are released but unlikely to impact the flow of arriving migrants.

Humanitarian shelters along the border filled quickly as transportation companies shut down during the cold snap in Texas. Migrants turned to local businesses for warmth as power failed at non-government humanitarian shelters.  There were reports of migrants wandering around large department stores where power and heat were still available during the crisis.

Mayor Bruno Lozano of Del Rio, Texas, strongly urged President Biden to halt migrant releases within his city and surrounding communities in a video on YouTube.  Devastating conditions caused by recent freezing weather and the lack of available resources to come with released migrants were highlighted in Mayor Lazano’s video.  He pleads for sufficient resources to address the influx of migrants with concerns of Covid-19 within the community.

The message may have resonated elsewhere. The new practices regarding how migrants release into the Rio Grande Valley changed suddenly, law enforcement sources indicate.

How long the new plan remains in effect will be determined by the volume of arrests in the Rio Grande Valley.  Border Patrol agents have arrested more than 69,000 migrants from October 2020 through January. There is an increase of 136 percent compared to the same time frame last year.