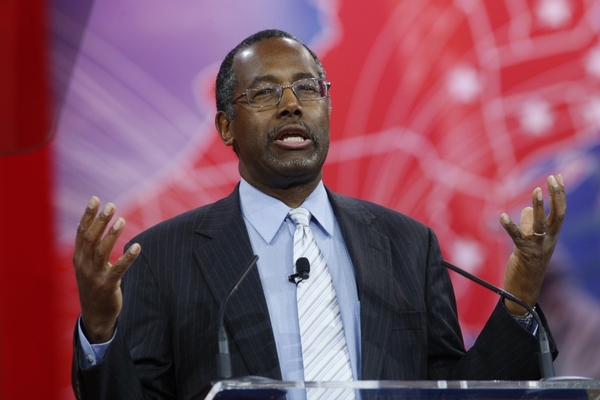 Framing human sexual dimorphism by the Democrats and the broader left is an arbitrary social construct.

Host Alex Marlow recalled confirmation for Dr. Rachel Levine, a man who describes himself as a woman.

Marlo said, “We’re being told it’s scientific to allow children to change their genders, either with treatments or with surgeries.” “This is not science. It’s so far beyond it, but give me your sense of someone who’s lived his life as a scientific person.”

Carson replied, “Well, I think they have completely neglected biology. Biology tells us that there are males and there are females, and there’s a reason for that, and we also know that the human brain is an incredibly complex organ and it’s not fully developed until your mid-to late-twenties.”

“So why would you be asking a pre-adolescent about these complex issues?” Carson asked. “Why would we even be complicating their lives? Children are curious by nature, and of course, they’re going to ask questions and explore things. That doesn’t mean that they want to change their sex. And to confuse them in that way, I think, is child abuse. It certainly has nothing to do with science. These radical things are actually going to ruin people’s lives long term.”

Marlow asked about censorship from left-wing politics related to the rejection of human biology from the left.

“It seems like this is one [issue] where people are just not being vocal enough,” Marlow remarked, “and if you are vocal, your book gets canceled, you get thrown off of social media, you can’t say a man is a man or a woman is a woman, or else you’re risking cancellation. What are we going wrong here in terms of our activism?”

“Maybe there are some consequences, so what? There were consequences for our Founders, but if they weren’t willing to accept those consequences, we would still be under British rule. So stop being chickens, and get out there and fight for what we believe in. If we just allow them to have a platform and to dictate everything without resistance, then they win,” he continued.