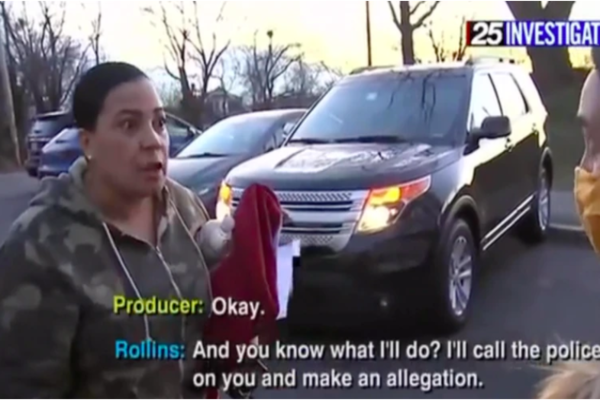 (bigleaguepolitics) – A freshly confirmed US federal prosecutor for the district of Massachusetts exploded in a racially charged rant at journalists near her home in Suffolk County, appearing to threaten a reporter and cameraman with Boston 25 News. Rachael Rollins, who was just confirmed in a razor-thin vote of the US Senate on Wednesday, berated the media crew in January after she had been caught in a road rage incident outside of a shopping mall. Rollins threatened to write a woman who was involved a traffic ticket, despite such responsibilities falling outside of her purview as Suffolk County District Attorney.

The rant occurred when a Boston 25 crew sought to question her about the potential abuse of power on her home.

The Boston 25 crew maintains that they never filmed her home or her children, despite Rollins’ assertions that they were putting her in danger. The then-state prosecutor didn’t hesitate to utilize racial rhetoric against the journalists, claiming that “the rantings of a white woman get you here and scare my children?”

Rollins had claimed the role of a victim after the altercation with the press, claiming a “masked white man” had arrived outside of her property with a large object he aimed at her. Boston 25 later clarified that the object in question had been a camera, not a weapon of any kind.