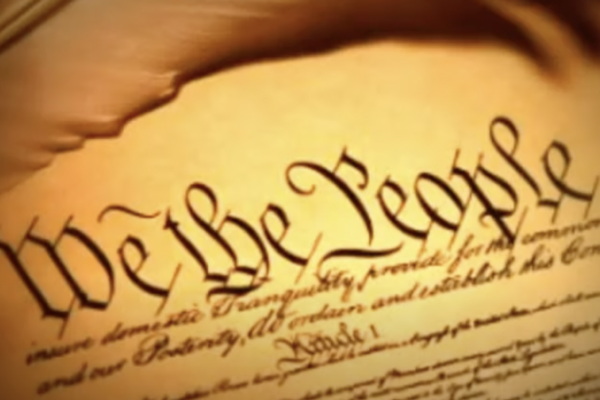 POLL: Most Democrats Believe the Constitution is “Racist” and “Sexist”

One of the most notable cases of this trend is the average of Democratic voter’s hatred of the United States Constitution.

According to a recent poll that Rasmussen and the Heartland Institute conducted, most Democrats believe that the US constitution was sullied by racism and sexism.

The survey found that 82% of likely US voters hold positive opinions about the Constitution, which include 58% who hold a very favorable view of the political charter. Only 14% of voters view the Constitution unfavorably.

The majority of every political group — 89% of Republicans, 74% of Democrats, and 80% of independents — hold somewhat favorable views of the Constitution.

As for “very favorable” views of the Constitution, Republicans (76%) are more likely to hold these views than Democrats (42%), or independents (56%).

The rest of the American electorate largely opposes these statements.

“As Americans, we are fortunate to live in a land where the Constitution ensures the government cannot infringe upon our basic liberties,” declared Heartland Institute senior editor Chris Talgo. Talgo called attention to the “cognitive dissonance” present among several voter groups who “overwhelmingly have favorable opinions in general about the Constitution” while simultaneously believing it has racist and sexist foundations.

Several findings of the Heartland/Rasmussen poll stand out:

– 63% of black voters at least somewhat agree that the Constitution “is a document rooted in racism.” Only 28% of whites, 43% of Hispanics and 36% of other minorities agree with this statement. Black voters, Hispanics, and other non-white minorities are more likely than whites to support the idea of rewriting the Constitution.

Overall, Democrats and their multicultural constituencies tend to be the groups most hostile towards the US Constitution. This is unsurprising given the post-national ethos of the modern-day Democratic Party.

Previous article
BREAKING: Outbreak In New York Of Monkeypox – 30 Percent of U.S. Cases Are…
Next article
WOW: Federal Judge Stop Biden Administration Dead In Their Tracks – This Is Amazing