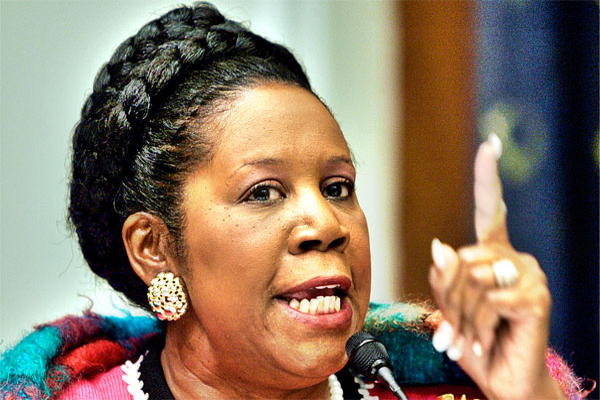 Jackson Lee falsely claimed that the 40,000 protesters at the Capitol in January all protesters intended to overturn the elections by killing the House Speaker, Mike Pence, and Members of Congress.  There is no reason anyone outside of a small handful of manipulated cosplayers intended to become violent.

A small minority of protestors present engaged in any criminal trespassing or violent conduct.  Peaceful protestors urged those breaking boundaries to stop, comparing them to ANTIFA criminals.  Hundreds are being prosecuted on suspect grounds in some cases.  Jackson Lee’s proposal would criminalize peaceful protests.

Jackson Lee compared Portland’s left-wing rioters to “good people wanting good things to happen” because she supports the aims of those who commit it.

Under the fist of anarcho-tyranny (referring to armed dictatorship without the rule of law), there is no such thing as a neutral standard of “law.” There’s domination- impunity for those who obey those who wield the levers of political power and severity against those who dare to challenge it through peaceful protest.