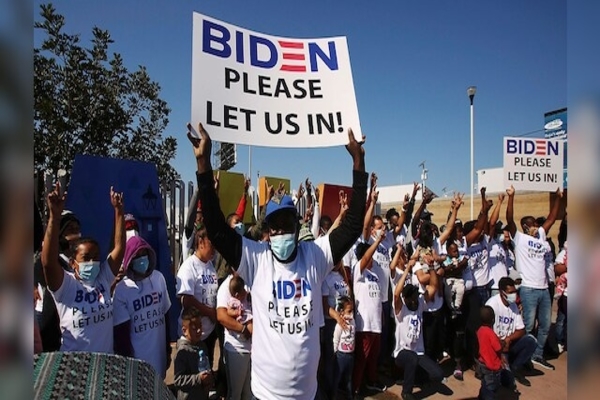 After testing positive for coronavirus, illegal immigrants seeking asylum are being released into American communities.

Telemundo reporters recount speaking with illegal immigrants that Customs and Border Partol released after they had tested positive for the coronavirus.

“Right now, we were tested for Covid, and they separated about eight of us because we were positive,” she told  Telemundo. “We are waiting right now.”

Migrants who said they tested positive are also indicated at a Brownsville Texas bus station, planning to travel to North Carolina, Maryland, and New Jersey communities. More than 100 migrants released from CBP custody have tested positive for the virus.

With up to 13% of migrants released from federal custody, bus drivers and transportation industry workers are in considerable danger.

Biden’s surge of illegal border crossers is primed to return this and new variations of the virus into Texas communities.  As Biden discourages citizens from traveling, it appears ok, as long as those traveling through the country as illegal immigrants.

Previous article
BREAKINGNEWS: The True Cost Of Covid Lockdowns Are Stunning
Next article
BOMBSHELL: VIDEO Admission From The FBI