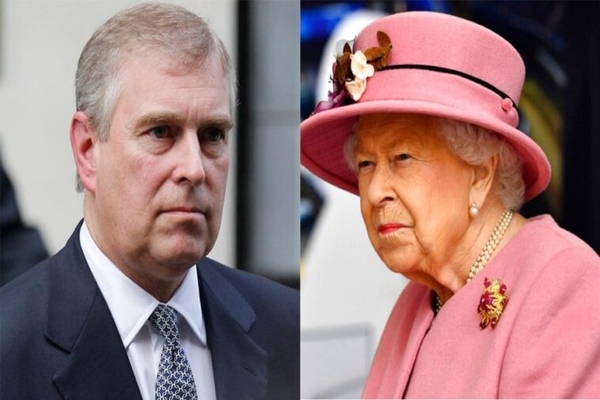 MUST SEE: Prince Andrew Caught in Another Lawsuit

(trendingpolitics) – Prince Andrew, the friend of Epstein and accused pedophile, just got caught up in another lawsuit, this one having to do with the wild topic of financial advisors and the family member of a Turk that attempted a coup. So far, at least, there hasn’t been any suggestion of wrongdoing on the pedo prince’s part in this case.

It is, however, an odd situation and weird lawsuit. Apparently, the wife of a dissident Turkish politician fled from Turkey to the United Kingdon, and, once there was told by her financial advisor that she needed to send a “gift” to Andrew to get a passport, and ended up making the “gift” payment, as Newsweek reports:

According to court documents seen by The Telegraph, Nebahat Evyap Isbilen, 76, the wife of a prominent Turkish politician jailed after a failed coup attempt in 2016, alleges that she was deceived by her financial adviser Selman Turk—to whom she had entrusted the management of her $87.5 million personal fortune—into sending money to Prince Andrew.

After fleeing Turkey for the United Kingdom, Isbilen was allegedly told by Turk that she needed to make a nearly $900,000 (£750,000) gift to Andrew for assistance in obtaining a new Turkish passport after she left hers in her home country. Court documents allegedly show a payment was made by Isbilen to the prince on November 15, 2019.

Though he hasn’t been accused of wrongdoing, it’s unclear what Prince Andrew thought was the reason for the funds being deposited in his account.

Isbilen’s lawsuit alleged that “The representation that Mrs Isbilen needed to make a gift to HRH The Duke of York in connection with her passport (or for any other purpose) was false, and Mr Turk made it dishonestly, knowing it to be false and intending Mrs Isbilen to rely on it.”

Further, there was some form of relationship between Andrew and Turk: Andrew gave Turk an award called the People’s Choice Award at an entrepreneurship event called [email protected], an event that he started. The payment from Isbilen to him occurred just nine days after he gave Turk that award.

Though he’s shielded documents from the Telegraph, Andrew did show that he refunded the payment in full once he had been made aware of the case.

Andrew isn’t a defendant in the case, but his connection with the odd situation will likely make it yet more difficult for the pedo prince to rehabilitate his Epstein-tainted image. Staying out of the news was likely on his priorities list and his receiving what amounts to an unasked for bribe will make that all the more difficult, even if he’s not technically a defendant or accused of wrongdoing.

Yet worse, if it comes out that he pressed Turk to ask for the payment (there’s so far no indication of that), perhaps in anticipation of Epstein-related legal fees, that would make things all the worse for the prince. We’ll just have to wait and see what happens.