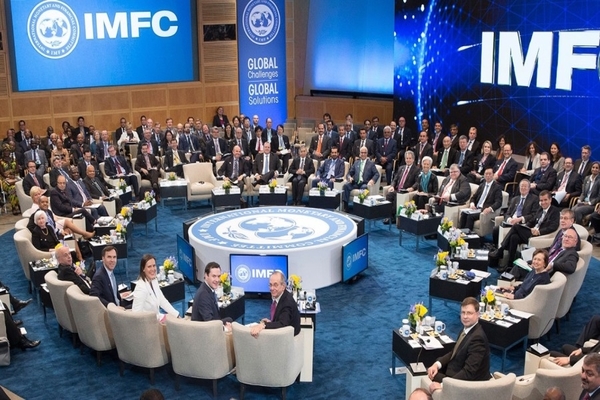 MUST SEE: IMF Sends The Warning – This Is BAD

(breitbart) – The IMF has become the most recent global body to release a warning regarding potentially forthcoming global food shortages, saying that vulnerable nations are at risk of civil unrest amid supply issues.

Civil unrest linked to sky-high food prices is on the cards for poorer countries, the IMF has warned amid fears that the world could be heading into a global food crisis as a result of the ongoing conflict in Ukraine.

Amid past warnings of starvation and “Hell on Earth” migrant crises over a lack of food, the international finance body has predicted that growth across the world will be negatively affected, with poorer nations in particular to feel the brunt of the ongoing crisis.

According to a post on the organisation’s website, a mix of high inflation and supply problems are to greatly slow economic growth across the world, with vulnerable economies, in particular, to be hit with the brunt of the hardship.

“This crisis unfolds even as the global economy has not yet fully recovered from the pandemic,” the post penned by the group’s research department director, Pierre-Olivier Gourinchas.

“Even before the war, inflation in many countries had been rising due to supply-demand imbalances and policy support during the pandemic, prompting a tightening of monetary policy,” the piece continues. “In this context, beyond its immediate and tragic humanitarian impact, the war will slow economic growth and increase inflation.”

“Furthermore, increases in food and fuel prices may also significantly increase the prospect of social unrest in poorer countries,” it goes on to read. “Central banks will need to adjust their policies decisively to ensure that medium- and long-term inflation expectations remain anchored.”

What’s more, while the IMF report went into detail as to the near future effect of the current crisis for this year and the next, the globalist organisation appears to fear that issues surrounding food shortages could persist longer still.

Sky News reports the organisation as warning that food hoarding on the national level in Ukraine could further worsen the crisis and result in a longer-term humanitarian impact.

The IMF is far from the first international organisation warning about the rising price of food as a result of global supply shortages, with one UN group head even going so far as saying last month that a “Hell on Earth” migrant crisis could emerge out of the third world if more funds are not provided to aid agencies.

“Failure to provide this year a few extra billion dollars means you’re going to have famine, destabilization, and mass migration,” said ex-Republican Governor David Beasley, who now serves as the head of the World Food Bank.

However, it is not just the global south that is likely to see problems with its food supply, with a lack of fertilisers sourced from Ukraine and Russia meaning that crop yields in the West could theoretically collapse by up to one half.

As a result, a number of national authorities in the West have taken notice of the issue, with Ireland for example pushing for more farmers to plant at least some grain crops over the coming year.

Other national officials have not been so enthusiastic, with one political leader in Scotland denying efforts to dampen supply problems in favour of her government’s green agenda.