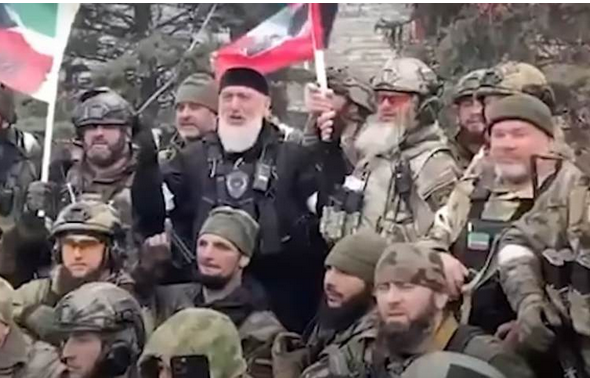 (thegatewaypundit) – Chechen forces are claiming victory in Mariupol outside the huge steel plant where the last of the Ukraine troops were trapped in the city.

We first reported on Chechen forces heading to Ukraine in late February.

A video shows Chechen forces claiming victory and posing for a video outside a steel plant in Maripol.  The group leader says some things and then the group shouts ‘Allah Akhbar’.