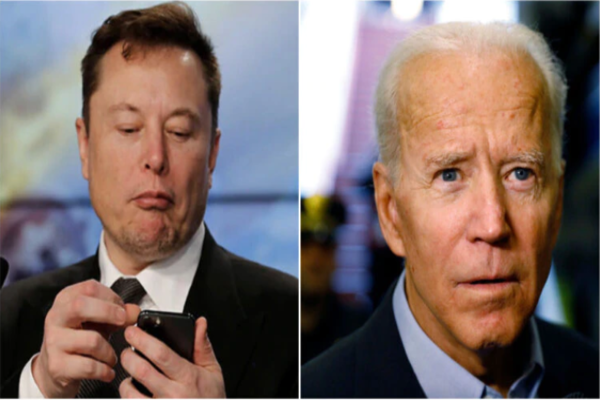 (bigleaguepolitics) – Entrepreneur and mega billionaire Elon Musk called for an age limit on elected officials in the United States in a Thursday tweet, appearing to take a shot at President Joe Biden.

Musk is no fan of Biden, having previously accused the Democrat elder of “sleeping” after a SpaceX launch Biden decided to not address or recognize.

Biden is the oldest President in the history of the United States. His unpopular administration has been sagged by accusations of cognitive decline on the part of the 79-year old President, who often struggles to form complete sentences and speak in a fashion that’s fluid and cogent.

The United States is somewhat distinct in its public preference for aged leaders- a development some have traced to the country’s age of prosperity following World War II, a time in which the youngest generations were handed more economic and social opportunities than any time in history. It’s been common for several decades for politicians born in the years 1942-1950 to hold presidential and federal office, a distinction shared by Bill Clinton, George W. Bush, Donald Trump and Joe Biden.

Minimum age limits are a common feature of electoral politics throughout the democratic world, with most countries requiring candidates for public office to have met a certain age. To run for President in the United States, the Constitution specifies you must be thirty-five years of age. It’s not outside the realm of possibility that some states could impose upper age limits on political candidates, seeking to capitalize on the vitality of younger generation and dissuading eternal politicians from sitting in office after their prime has passed.

The Vatican is one exception, requiring bishops to retire at the age of 75.