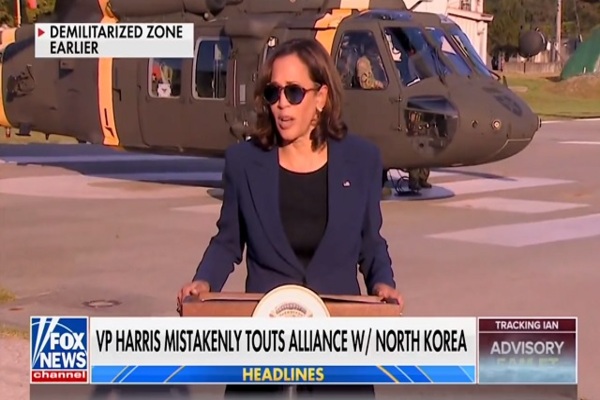 (IL) – The Biden regime may be destroying our relations with Russia, China, Iran and Europe but at least we’re forging stronger bonds with North Korea!

“The United States shares a very important relationship, which is an alliance, with the Republic of North Korea, and it is an alliance that is strong and enduring,” VP Kamala Harris said Thursday after visiting the demilitarized zone.

Trump was criticized by Democrats and the media for engaging in diplomacy with North Korea but it looks like the Biden regime has come around.

Finally, there’s one country the Globalist American Empire is not at war with!