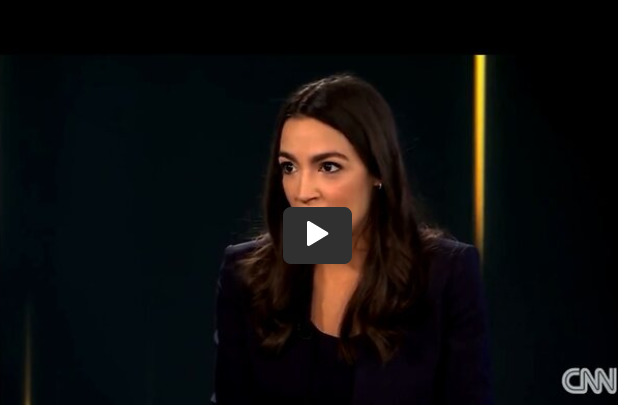 (trendingpolitics) – New York’s entirely estimable Rep. Alexandria Ocasio-Cortez is at it again with the hysterics and begging for attention, this time saying, when interviewed by CNN’s Chris Wallace, that she fears for her life so much that she hesitates to walk her dog.

That came when, during the interview, Wallace asked AOC about the death threats she has received, asking:

“Do you feel your life is in danger?”

Responding, AOC said that not only does she now feel her life is in danger, but has actually felt that way since her time in Congress began in 2019! Speaking on that, AOC said:

“Absolutely, I felt that my life has been in danger since the moment that I won my primary election in 2018. And it became especially intensified when I was first brought into Congress in 2019.”

Wallace then pressed AOC on the subject, asking what that fear meant for her daily life, if it meant that she is “looking over [her] shoulder while walking down the street.”

“It means when I wake up in the morning, I hesitate to walk my dog. It means when I come home, I have to ask my fiancée to come out to where my car is to walk me to just from my car to my front door.

“It means that there’s just … a general disposition where you kind of feel like there’s almost a static electricity around you. And you’re just always just looking around, your head is just on a swivel, going to a restaurant, walking down the street.”

Changing topics after insisting that in 2019 it “really felt” like she “might not see the end of the year,” AOC then went on to insist that she’s not extreme in the same way that MGT is, saying that:

“I think a lot of people in this country may say yes, but it’s important for us to dig into the substance of what that actually means. As someone who is often, I think, characterized as extreme, I of course would object to that.

“I do not believe that I am as extreme in the way that Marjorie Taylor Greene on the Republican side is extreme.”

Perhaps those phantom menaces that have AOC afraid to walk her dog just want to date her? That’s what AOC insisted is really up with her critics in a December, 2021 string of tweets, saying:

If Republicans are mad they can’t date me they can just say that instead of projecting their sexual frustrations onto my boyfriend’s feet. Ya creepy weirdos

It’s starting to get old ignoring the very obvious, strange, and deranged sexual frustrations that underpin the Republican fixation on me, women,& LGBT+ people in general.

These people clearly need therapy, won’t do it, and use politics as their outlet instead. It’s really weird