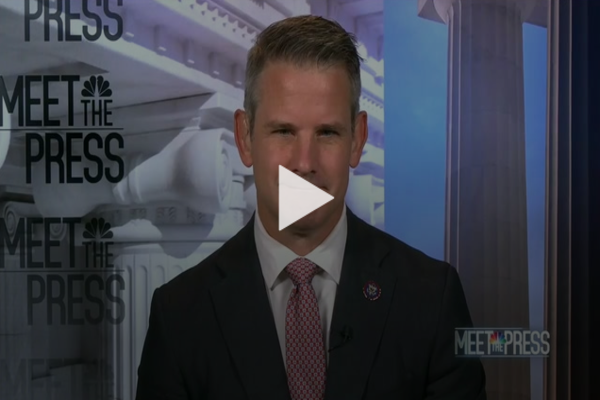 Kinzinger: I Will Help Left-Wing Dems Win Over Republicans — Democracy at Stake

(breitbart) – Representative Adam Kinzinger (R-IL) said Sunday on NBC’s “Meet the Press” that he will help “left-wing Democrats” win over Republicans who he believes do not respect democracy.

Anchor Chuck Todd asked, “I’m curious. Liz Cheney said in some cases. She may have to help a diagram win against an anti-democracy Republican win. Do you feel that is what you will be doing the next couple of years or so?”

Kinzinger said, “Yes. The biggest issue, not everybody agrees with me and certainly in my party and even Democrats like so say, but you’re still a conservative, yeah, I’m a conservative,  but the bottom line is the biggest threat it to our country is democracy.”

He added, “If you have Republicans that are running against even left-wing Democrats that believe in democracy and believe in voting, that person should be elected over somebody who would overthrow the will of the people and, ultimately, destroy this country. This country cannot survive outside of democracy. It will turn into a power struggle between groups of different races, ethnicities, and different religions. Take that away. The country is a mess. Republicans that are for that have no place in office. I don’t care what their policy position on taxes are.”