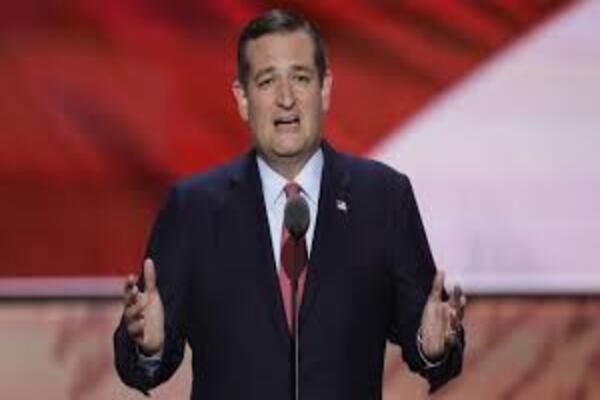 (breitbart) – Sen. Ted Cruz (R-TX) has caved to the Democrats on legislation that would allow media organizations to create formal cartels to negotiate with Big Tech companies, several congressional aides and others familiar with the process told Breitbart News on Wednesday.

If Cruz goes forward with his plans to back—and allow the senate to advance—the legislation, then he will immediately become one of the biggest enablers of the establishment media and Big Tech giants and he could seriously jeopardize his political future.

Cruz, who had previously jammed up a committee markup on the Journalism Competition and Preservation Act (JCPA) a few weeks ago, has now decided to give Klobuchar what she wanted and allow the Democrat proposal to proceed out of the Senate Judiciary Committee to eventually be considered by the full U.S. Senate.

Several aides on both sides of the JCPA fight familiar with the matter told Breitbart News on Wednesday that Cruz caved to Klobuchar and has agreed to changes to language he offered in an amendment to allow the bill to advance. When questioned repeatedly about it on Wednesday, Cruz’s office did not deny these aides’ characterization.

Cruz himself has not replied to inquiries from Breitbart News sent over text directly to the senator. Several Cruz staffers have refused to answer whether he cut a deal with Klobuchar, and they have refused to make the senator available for an interview to explain himself.

A Cruz spokesperson would only provide, when asked detailed and serious questions about the possibility of a deal and what form the deal would take, a generic statement claiming that Cruz opposes censorship of conservatives–something that would be inherently untrue if he votes for or simply even just enables Senate consideration of this legislation.

“Sen. Cruz is a fierce defender of the First Amendment and free speech and he will always fight to prevent Americans from being censored or silenced,” the Cruz spokesperson told Breitbart News.

Despite Cruz’s office’s refusal to answer specific questions about this, the Senate Judiciary Committee is considering the JCPA again—for the third week in a row—on Thursday. Late Wednesday, the committee circulated a clarifying amendment that does exactly what the various committee aides told Breitbart News that Cruz had caved to Klobuchar on: Alters the original Cruz amendment text, and removes things that Klobuchar said she could not support.

The office of Sen. John Kennedy (R-LA), who had previously undercut the broader bill to back Cruz’s amendment three weeks ago in committee, confirmed that Cruz caved to Klobuchar on record to the Daily Caller News Foundation. Proponents of the JCPA—like Kennedy, and now Cruz—have falsely claimed it would help conservatives fight back against Big Tech. The legislation does no such thing as, among the serious structural problems, it has included no favored nations clause contained in it, which means that a group of media companies could get together on their own and negotiate a sweetheart deal with a big tech company but that deal would not apply to every media company.

Kennedy’s office said in a statement to that publication:

We have reached an agreement that clarifies what the bill was designed to do: give local news outlets a real seat at the negotiating table and bar the tech firms from throttling, filtering, suppressing or curating content. The only reason I can see for parties to oppose this bill is that they have a problem either with healthy market competition or free speech.

The original Cruz amendment a few weeks ago complicated efforts by bill proponents to get the proposal out of the Senate Judiciary Committee. The reason for that was, while Kennedy backed it—as did other GOP cosponsors of the JCPA—Democrats like Klobuchar were opposed to it. By happenstance, Sen. Jon Ossoff (D-GA) was stranded in India infected with the coronavirus and had not designated a proxy vote for himself, so the Cruz amendment was adopted into the bill and GOP cosponsors like Kennedy and Sen. Lindsey Graham (R-SC,) as well as supporter Sen. Chuck Grassley (R-IA), had not been willing to vote for the bill without Cruz’s amendment. As such, a visibly angry Klobuchar withdrew her own bill—and she tried again last week to no avail. Now, thanks to Cruz’s cave, she is likely to succeed in committee when she tries again on Thursday morning.