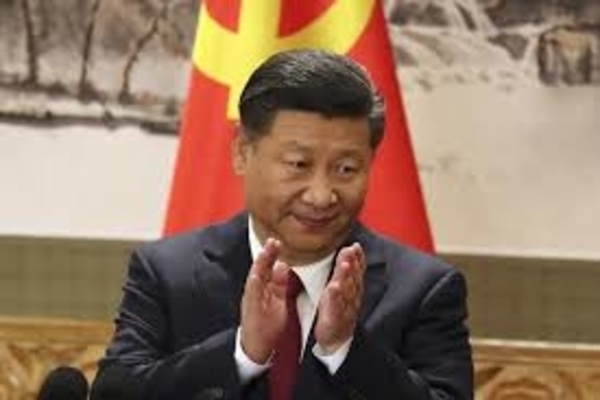 Communist China and Vladimir Putin’s Russia are attempting to forge a “New World Order” in which the rules of the world are set in Beijing and Moscow instead of Washington, a Lithuanian MP has told Breitbart News.

In an exclusive interview with Breitbart London, Lithuanian politician Matas Maldeikis has warned that the invasion of Ukraine by Russia is just the first step of the plan to upend the international order.

“Everything is being coordinated with China,” Maldeikis said. “Putin, along with China, is trying to create a New World Order, in which the rules of the world are created in Beijing and Moscow. Ukraine is just a part of this plan. Taiwan also.”

The leading Lithuanian MP said that he believes in exchange for China supporting Russia’s attempts to gain control of the former Soviet satellite state, Russia would in turn ship Ukrainian wheat to China, which has been facing food shortages amid devastating droughts over the past year.

Ukraine has a tragic history of Russia pillaging its food resources, with millions of people starving to death in the Holodomor (death inflicted by starvation) famine of 1932-3 when Stalin’s Soviet Union imposed a brutal communist campaign to collectivise farming and give Moscow the ability to control the supply of grain.

Scholars believe that the communist dictator depleted Ukrainian food stocks in order to weaken the independence movement against the Soviets. Russia disputes this claim and indeed denies that a genocide took place, despite estimates of 4-7 million Ukrainians dying during the Holodomor.

Maldeikis predicted that if Ukraine falls, Vladimir Putin would immediately press on and attempt to capture other former Soviet states such as Moldova and Georgia and then in “five to seven years” would test NATO again by going for the Baltic States, including Maldeikis’ home country of Lithuania, a member of NATO and the EU.

“Putin will tell the President of the U.S.  — whoever it will be then — that he should give Baltics to him or he will use nukes against Europe and America. The President will then have to make a decision” as to whether the Baltics should be surrendered, the MP predicted.

Matas Maldeikis MP, who lived under Soviet occupation until Lithuania became the first Soviet republic to declare its independence from the communist regime, said that if Ukraine can withstand the invasion for one month, then politically “Putin will be dead in Russia”.

“Let’s be realistic – we can’t help with military intervention, but we should help them with arms. We must help Ukraine with arms as much as possible,” he said — “and pray for Ukrainian men fighting for a free Western World.”

The Lithuanian MP also said that the West should “make Moscow bleed financially” through the targeting of Russian oligarchs with sanctions and to cut the country out of the SWIFT international payment system.

On Saturday evening, the United States, European Union, and Canada all announced they would be banning already sanctioned Russian banks from the SWIFT system.

Finally, Maldeikis noted that the situation in Ukraine has significance for the future of Taiwan. His home country of Lithuania has been in a protracted diplomatic and financial battle with Communist China after a de facto Taiwanese embassy was opened in Vilnius last summer.

Since then, Beijing has enacted a blockade on Lithuanian products from entering the country and has even blocked products made with any Lithuanian components, thereby putting serious strain on Lithuanian and German industry.

Maldeikis, who led a delegation of politicians from the Baltic States to Taiwan in November, told Breitbart London: “There are too many parallels between Ukraine and Taiwan for us not to see them.”

“Russia and China have a deal to have each other back on attacking Ukraine and Taiwan. Russia saw that opportunity and started a war and China is waiting for such a window,” he said.

An invasion of Taiwan is logistically more difficult than Ukraine, as mainland China is separated from the island by the Strait of Taiwan in the South China Sea, therefore Beijing would need to conduct an invasion by air and sea instead of by land, like Russia.

Due to rough waters through much of the year, the “window” when China could mount an assault is also limited, with the waters of the Strait typically becoming more navigatable in March — raising concerns Beijing may quickly follow Moscow and move on Taiwan in the coming weeks.

Yet, Maldeikis said that the regime of Xi Jinping should be concerned by Russia’s apparent struggle to quickly overcome Ukrainian forces in the opening days of the invasion, saying perhaps China now “understands it does not have enough military power to take Taiwan”.