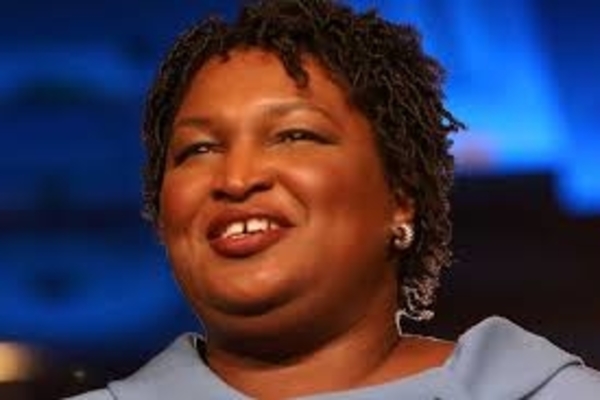 BREAKING: Top Democrats Make Their Move – This Is Bad

Democratic powerbroker in Georgia, Stacey Abrams, published an opinion piece in the Washington Post last week.  The title is “Our Democracy faced a near-death experience. Here’s how to revive it.”

Abrams trashed Donald Trump in the piece, of course, laying out the bills she wanted to see enacted by Congress and for President Biden to sign into law, including the “For the People Act,” the “John Lewis Voting Rights Advancement Act,” and the “Protect our Democracy Act.”

That’s not all. There is more!  She wants statehood for the District of Columbia and “binding self-determination” for Puerto Rico.

As you might recall, Abrams was her party’s nominee for governor in 2018; even after losing the election, she refused to concede. She was made the figure of fun among Republicans, and she has the last laugh.

New Your Times headlines on February 12 an admiring opinion piece, “Stacey Abrams knows how to turn a red state blue.” In recent weeks similar headers have been seen in MSM and the liberal blogosphere.  Abrams has become a deity for Democrats.  If she does run for governor again in 2022, she will have blessings and big money from Blue America.

She worked hard over the last three years to gain this clout.  She made a three-part calculation.

It seems obvious, much of modern campaigning do not coincide with getting more votes.  Spending money on TV ads or posting on social media, they are not getting votes and winning elections.

Democrats mobilized their voters, while Republicans were feuding among themselves.  When the election was days away, Breitbart News author wrote:

We can already see this much: The Democrats have invested a lot of time, money, and computer-smarts into shaping the political battlefield—and it has paid off.  Republicans will have to catch up.  Or else.

The “or else” was the GOP would lose both senate seats, precisely what happened.

Abraham’s strategy: It’s all about the numbers.  The pieces of legislation she touted in the Washington Post aim to get more people, specifically, more Democrats, to vote.  If D.C. becomes, the 51st state would lead to more Democrats.

Democrats have figured the path to victory is registration, motivation, and transportation if need be. What matters is merely casting ballots.

The GOP, in contrast, has observed the opposite lesson: voting is less important than fighting.  We just saw fighting losses.

Republicans will have to figure out how to flourish in this new political environment, or they won’t flourish at all.

What can Republicans learn from Stacey Abrams? Figure out how to win with new and additional voters.

That’s the way you win.  You get more votes. Watching TV, Tweeting does not work.

If we don’t trust Silicon Valley- and we shouldn’t, we have to build our platforms for politicking.  Platforms encouraging people to vote are what’s needed.

If Republicans want to elect the 47th president in 2024, we can borrow from Abram’s playbook by getting people to vote in person, by mail, whatever it takes.