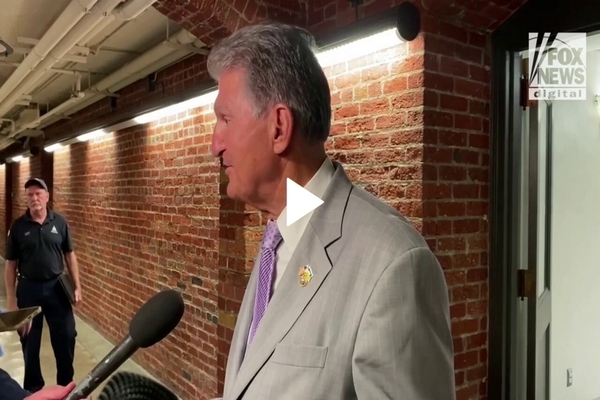 FIRST ON FOX: Progressive Sens. Bernie Sanders, I-Vt., and Elizabeth Warren, D-Mass., both declined to comment on House Speaker Nancy Pelosi’s, D-Calif., trip to Taiwan amid increased tensions between the U.S. and China.

Fox News Digital asked both Sanders and Warren in the Senate-side basement of the U.S. Capitol if they had any thoughts on Pelosi’s trip to Taiwan.

“No,” Warren said before hopping in an elevator. Sanders silently waved off Fox News Digital from the inside of an elevator when asked.

Sanders and Warren’s silence on the speaker’s trip is in stark contrast to several of their Senate colleagues from both sides of the aisle.

Sen. Joe Manchin, D-W.V., told Fox News Digital that he thinks Pelosi’s trip to Taiwan is “great” and noted that many senators have “been to Taiwan and they’re peace-loving.”

“They are a freedom-loving country and we do an awfully lot of trade with them and we’ve been very supportive,” Manchin said. “I’ve been there. I think every senator and congressperson has been there, so I don’t know why people make such a big deal out of it.

“She’s not going to do any harm. She won’t take anything to do them harm and she don’t wish China any harm,” the West Virginia Democrat continued. “She basically wishes the peace-loving people of Taiwan to have all the opportunities they can and we appreciate the relationship we have, so I think it was good.”

Republican Sen. Tommy Tuberville of Alabama told Fox News Digital that Pelosi has “the right to go over there” and that he and three other senators had visited Taiwan “a few months ago.”

“China complained about it about a week out and all the way until the time we went over there. They are our friends,” Tuberville said. “They are somebody that we want to partner with in terms of technology. They do a great job with the chips, but yeah I don’t think there’s any problem with that.

“China got a burr underneath their saddle for it and there’s nothing they can do about it, so she won’t be the last to go over there,” he continued. “I’d love to see President Biden go.”

Conversely, Sen. Roger Marshall, R-Kansas, said he believes the trip “should have been done behind the scenes” and that Pelosi’s “mistake” was “advertising” her trip to Taiwan, as it could endanger other lawmakers traveling to the country.

“I think she’s putting fellow congress members at risk. This should have been done without involving the press,” Marshall told Fox News Digital. “And, in a way, she and the White House look like they’re in a battle to do what’s right versus what’s wrong.

“So I just think there are too many details that I don’t know about,” he continued. “The underlings of this trip.”

Last summer, Sanders warned against poking the Red Dragon, writing in an opinion piece to not “start another Cold War.”

However, the general Capitol Hill consensus on Pelosi’s trip to Taiwan appears to be one of support as relations between the U.S. and China grow strained.

Pelosi’s trip to Taiwan pushed back against violent rhetoric from the Chinese government in which a state media representative suggested shooting down the speaker’s plane.

The speaker landed in Taiwan on Tuesday.