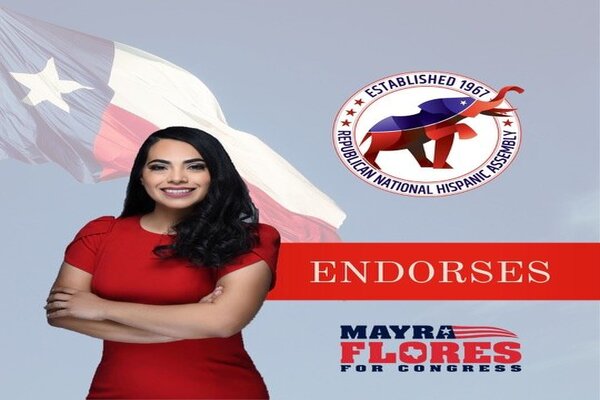 BREAKING: Top Democrat Goes On A Racist Tirade – This Is Stunning

(breitbart) – A Texas blogger who has levied a slew of “racist” attacks against Rep. Mayra Flores (R-TX) received a payment from Flores’ general election opponent, far-left Rep. Vicente Gonzalez (D-TX), in June, per a report.

NBC News first reported on the ties between Gonzalez and the McHale Report blog on Friday, noting that the congressman’s campaign provided $1,200 to the blog for “advertising services” on June 24. According to the outlet, no advertisements from Gonzalez run on the site. Derogatory attacks on Flores on the blog have been abundant dating back months as she has been labeled  “Miss Frijoles,” “Miss Enchiladas,” “gringa hag,” a “cotton-pickin’ liar,” and a myriad of other tasteless nicknames and race and sex-based insults.

The posts came under a byline called “brownsville literary review,” which is apparently a pseudonym for Jerry McHale, according to NBC News. He published one of his latest racially charged attacks on Flores Monday:

We have gone through a variety of nicknames for a person who has been described as a cotton pickin’ liar. She hasn’t taken kindly to being called ‘Miss Frijoles’ or ‘Miss Menudo’ or ‘Miss Pozole’ or ‘Miss Enchiladas.’ In her opinion we at The McHale Report are blatant racists. She obviously has no concept of satire, particularly in the political arena. She might have an argument if we had called her ‘Miss Spic’ as a part of our campaign against her, but when did frijoles become the equivalent of the ‘N’ word?

Flores ripped the liberal congressman in a tweet, asserting her “far-left opponent, Vincent Gonzalez, hired a local blogger to run hateful & racist ads against me!”

“But, I love frijoles & I grew up eating frijoles. I am not embarrassed of my upbringings & frijoles w/tortillas de harina is simply the best. Here’s to Miss Frijoles 2022,” she added.

Collin Steele, Gonzalez’s campaign manager, wrote in a text to NBC News that “[o]f course, the congressman is against referring to Rep. Flores as ‘Miss Frijoles’ or a ‘cotton-picking liar.’”

Gonzales and McHale denied that the congressman shelled money over to the blogger to target the first Mexican-born congresswoman, but McHale indicated that his derogatory posts would persist, according to NBC News.

“I am a liberal Democrat. And it’s war against the Republican … I’m going to be merciless with her,” McHale told NBC News in defense of his bigoted remarks.

Flores flipped the deeply Hispanic Thirty-Fourth District’s blue seat red in a special election on June 14, and Gonzalez and Flores are squaring off in the general election for the seat this fall after advancing from their respective primary races. Republican officials are now calling on Democrats to condemn Gonzalez.

“If Democrats meant it when they said ‘racism has no place in the halls of Congress,’ then why haven’t they disavowed Vicente Gonzalez, Ruben Gallego, Jay Chen, Jahana Hayes and their growing list of problematic candidates?” Congressional Leadership Fund Press Secretary Cally Perkins asked Breitbart News.

National Republican Congressional Committee Communications Director Michael McAdams emphasized Gonzalez’s “xenophobic” attacks toward Flores on social media. In his tweet, McAdams noted that since her special election victory, he’s made “sexist comments against her,” “launched xenophobic attacks regarding her immigration status,” and has now “paid a blogger to launch racist hits on Mayra.”