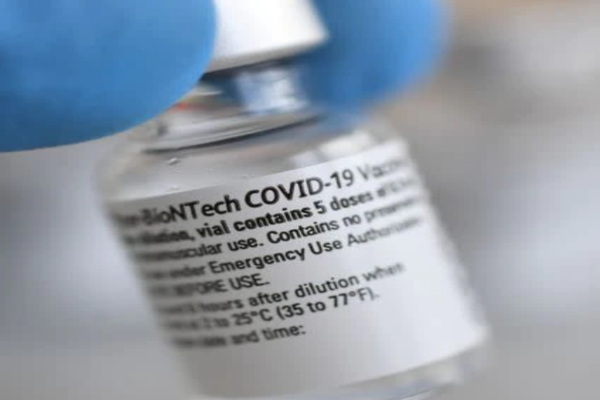 BREAKING: The Media and Government Lied The Whole Time – HERE IS THE PROOF

(bigleaguepolitics) – The fake news media and government officials who are owned by Big Pharma lied repeatedly about vaccine efficacy in order to sell the public on the necessity to surrender to the jab.

The officials are coming out and admitting that they lied to the public the entire time, and they are hoping the people are too brainwashed, broken and defeated to notice:

However, there is a record of these same individuals lying to the public repeatedly in order to sell vaccines.

Independent journalist Tom Elliott compiled the many clips of the “experts” repeatedly deceiving the masses:

Big League Politics has reported on Pfizer’s push to criminalize dissent against their vaccines:

“People who spread misinformation on Covid-19 vaccines are “criminals” and have cost “millions of lives,” Pfizer CEO Albert Bourla said on Tuesday according to a report by CNBC.

Speaking with Washington D.C.-based think tank Atlantic Council, Bourla said there is a group of people that purposefully circulate misinformation on the shots and mislead those who are already hesitant about taking the experimental injection.

“Those people are criminals,” he told Atlantic Council CEO Frederick Kempe. “They’re not bad people. They’re criminals because they have literally cost millions of lives.”

Bourla’s comments come as millions of eligible adults in the U.S. have chosen to not take the COVID-19 shot despite their wide availability and massive push through both bibes and coercion by institutions across the nation including entertainment, media, big tech, large private corporations, elected officials & government agencies.

CNBC reported that public health “experts” say “misinformation” is likely playing a large role in why millions of Americans have made the personal decision to not take the experimental Covid-19 shot.

Bourla also said Tuesday that those not taking the shot are the result of the continued pandemic and assaults on liberty by the government, claiming life for many people can go “back to normal” if more get jabbed.

“The only thing that stands between the new way of life and the current way of life is, frankly, hesitancy to vaccinations,” he said.“

If the individuals who lied knowingly to the public for months and fomented mass hysteria to push vaccine submission are not brought to justice, civilization will never recover.