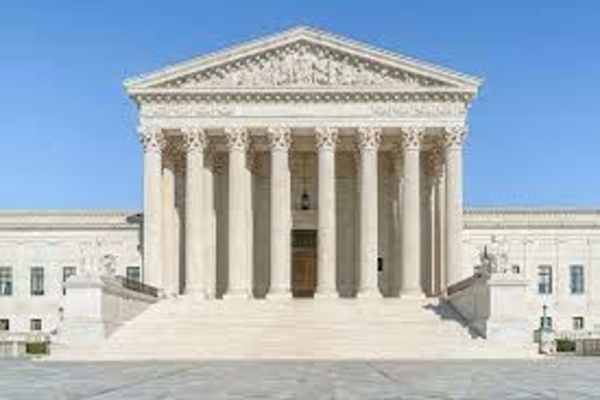 BREAKING: Supreme Court Says He Has To GO – Nation Shocked…

(breitbart) – The United States Supreme Court (SCOTUS) on Monday ruled in a 5-4 opinion against an illegal alien who sought to appeal his order for deportation before a federal appellate court.

The federal immigration judge denied Patel’s effort to avoid deportation and ordered him and his wife removed from the U.S. When Patel appealed the decision to the Board of Immigration Appeals, they dismissed his case.

That is when Patel sought review from the Court of Appeals for the Eleventh Circuit, which found that they lacked jurisdiction in the case. SCOTUS granted judicial review to resolve the question of whether federal courts lack jurisdiction to intervene in deportation proceedings.

Associate Justice Amy Coney Barrett wrote for the majority in the 5-4 decision that “federal courts lack jurisdiction to review facts found as part of discretionary-relief proceedings under” federal immigration law:

Like the Government, Patel cannot square his interpretation with the text of §1252(a)(2)(B)(i). He claims that his is the only interpretation that makes sense of “regarding the granting of relief ”; as he sees it, “any judgment regarding the granting of relief ” must narrow the meaning of “judgment” to include only the decision “whether to grant relief.” To be sure, the reference to “the granting of relief ” appears to constrain the provision from sweeping in judgments that have nothing to do with that subject. But as even the Government acknowledges, §1252(a)(2)(B)(i) does not stop at just the grant or denial of relief; it extends to any judgment “regarding” that ultimate decision. Patel’s interpretation to the contrary reads “regarding” out of the statute entirely. [Emphasis added]

Context further undermines Patel’s position. He cannot explain why the bar in subparagraph (B) should be read differently from subparagraph (C)’s prohibition on reviewing final orders of removal for certain criminal offenses. Patel acknowledges that this bar on review of a “final order” also precludes review of its factual support, including the very kind of factfinding at issue in this case. But if Congress had wanted to achieve that effect in subparagraph (B), he argues, it could have used “final order” there too, rather than “judgment.” Reply Brief for Petitioners 7. Yet Patel ignores a simple explanation for the shift in terminology. Subparagraph (B) bars review of only one facet of the removal process (consideration of discretionary relief) whereas subparagraph (C) prohibits review of the entire proceeding (removal based on a criminal offense). Each statutory label describes its target, but otherwise, the provisions preclude judicial review in the same way and bear the same relationship to subparagraph (D). Given those similarities, we see no reason to think that subparagraph (B) would allow a court to review the factual underpinnings of a decision when subparagraph (C) prohibits just that. [Emphasis added]

We therefore affirm the judgment of the Court of Appeals.
[Emphasis added]

Barrett was joined by Chief Justice John Roberts as well as her fellow conservatives on the Court — Justices Alito, Kavanaugh, and Thomas. Justice Neil Gorsuch, a libertarian, wrote the dissenting opinion joined by the liberals on the Court, Justices Breyer, Kagan, and Sotomayor.