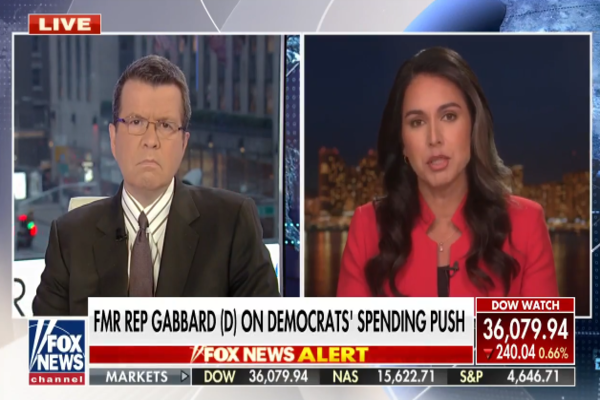 Gabbard said, “You mentioned their answer to this crisis that every day Americans are facing across the country is to pass this massive multi-trillion dollar bill. The reality is this bill will only make it worse. The government is too powerful, too bloated. What this bill will do is make inflation worse. It’s going to increase the national debt and make things harder for the small businesses.”

She continued, “Ultimately, it’s going to make people more dependent on a government that already is encroaching too much in almost every part of our lives. So I think it’s more important to start to look at how do we actually solve the real problem here rather than the direction that they’re taking with hey, let’s just throw more money at it and think that government is going to be the answer to everything when we know for a fact that it’s not.”