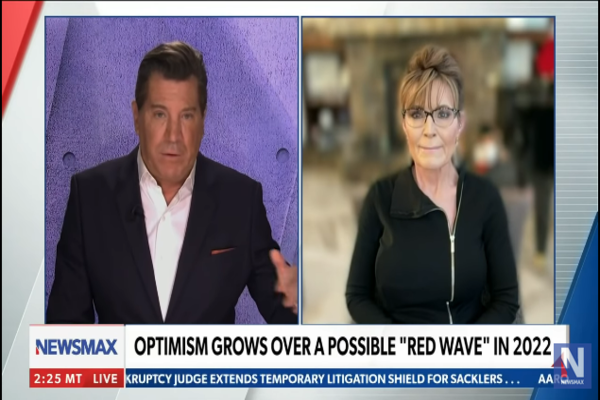 BREAKING: She Is Back – Democrats Stunned

Palin, who was Sen. John McCain’s (R-AZ) running mate in his 2008 presidential bid, said she “would love to” run again. She pointed to her “servant’s heart” as a reason she would get back into politics.

“You are very popular. You’re a good friend of mine, but you’re a very popular personality. You are a very popular politician. … Do you have aspirations to get back into elected office or anything more in politics? What’s next for Sarah Palin?” host Eric Bolling asked.

“I would love to,” Palin replied. “I would never say never. And no, I feel like, you know, there are still some offerings that I haven’t in terms of a servant’s heart. I want to serve. I want to help the people, and I think I have a heck of a lot of common sense. And that’s what we need today. And I’m not so obsessively partisan that I let that get in the way of just doing what’s right for the people. So, I would love to.”