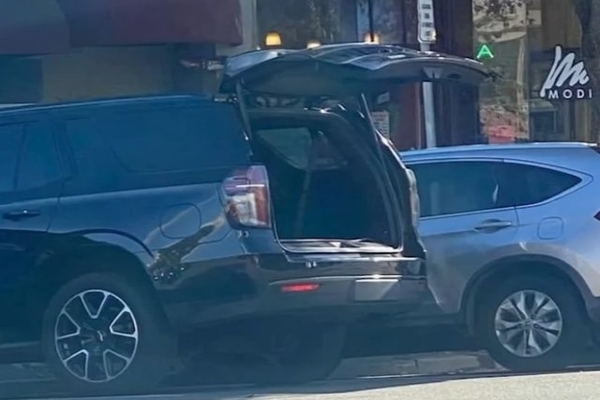 (breitbart) – Drivers in San Francisco are leaving their car’s trunk open in an effort to fend off potential auto burglaries as the city reported a 32 percent increase in car break-ins over the past year.

Tom noted that “we’re in different times” and cautioned that leaving the trunk open would invite more thieves instead of deterring them. “They could steal your batteries, your tires,” he told KGO-TV. “They could go into your glove compartment and find out where you live.”

San Francisco is not the only bay area city to suffer from increased car break-ins. In neighboring Oakland, both car break-ins and auto burglaries increased by 27 percent this year.

“We have got to do more to get us through this holiday season,” Oakland Mayor Libby Schaaf said. Schaaf called on private property owners to assist in the city’s surveillance of these criminals by installing security cameras.

“Pointing the cameras towards the street and register it with the Oakland Police Department,” Schaaf said.

Oakland’s Interim Deputy Police Chief Drennon Lindsey said residents’ response to the increase in car break-ins “doesn’t really surprise” her. However, Lindsey warned citizens that thieves have the technology to detect a laptop hidden anywhere within a vehicle.