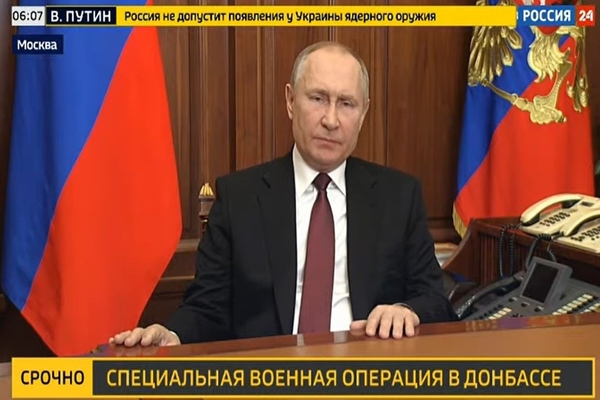 (breitbart) – The Polish government confirmed on late Tuesday that it has made its entire fleet of MIG-29 fighter jets available “immediately and free of charge” to Ukraine.

Last week, the Polish government asserted that sending major offensive weapons like fighter jets to Ukraine would be tantamount to “joining [the] conflict” and that NATO was not at war with Russia.

Poland will send its entire fleet of MIG-29 fighter jets to the U.S. Air Force base at Rammstein in Germany, the Polish government said in a shock statement Tuesday evening, remarking the aircraft were ready to be handed over “immediately and free of charge.” The announcement is confirmation of discussions cited by U.S. Secretary of State Anthony Blinken, who said at the weekend that he was looking “very actively” at a scheme to get Poland to donate jets.

Blinken’s comments were considered remarkable when they were made as they came just hours after the Polish government itself declared the suggestion it would send fighter jets to Ukraine as “FAKE NEWS.” Days before that, Poland’s president stood beside the secretary-general of NATO and said “NATO is not party” to the Ukraine-Russia conflict, sending jets to Ukraine “would open a military interference”, and Poland is “not joining that conflict”.

Concluding his remarks, President Andrzej Duda expressed a very definitive-sounding “we are not going to send any jets to the Ukrainian airspace.”

While Poland made clear it was happy to give the aging MIG-29s away for free in the new statement, it was apparent it also expected to be compensated for the donation by the United States in return, writing: “Poland requests the United States to provide us with used aircraft with corresponding operational capabilities. Poland is ready to immediately establish the conditions of purchase of the planes.”

Poland’s MIG-29 fighters are late-Cold War-era, Soviet-made warbirds that the modern Polish state inherited at the end of communism. Poland has been modernising — and Westernising — its fighter fleet for years, swapping out older MIGs for American-made F16Cs and Ds, in a process that continues today with an order for F-35A’s due to be delivered from 2024.

Should Poland receive replacement aircraft from the U.S. immediately, they would likely be more F-16s like those already operated by their airforce. Ironically enough, the F-16 is actually an older airframe than the MIG-29, having first flown in 1974 compared to the Russian’s 1977. Nevertheless, the F-16 has enjoyed a constant program of investment and modernization.

Although the MIG-29s are not the most advanced or effective fighters NATO could theoretically supply to Ukraine, they have the key advantage of being an airframe Ukraine already operates, so Ukrainian pilots, ground crews, and supply chains would be ready to operate donated aircraft straight away. This is a key distinction from the man-portable anti-air and anti-armour rockets that Western countries have given to Ukraine in huge numbers in recent weeks, which generally can be taught to a new user in a day and have no logistical infrastructure.

The United States has repeatedly made its support for Poland giving away its fighter jets clear, but the United Kingdom joined that drum-beat less specifically, essentially writing Warsaw a blank cheque that “[Britain] would support the Poles and whatever choice they make.”

On the steps the UK was now willing to take to support Poland getting more directly involved in the conflict with Russia, the Daily Telegraph reported British Defence Minister Ben Wallace asserting, “We would protect Poland, we’ll help them with anything that they need.”

“Poland will understand that the choices they make will not only directly help Ukraine, which is a good thing, but also may bring them into direct line of fire from countries such as Russia or Belarus,” Wallace was quoted as saying.