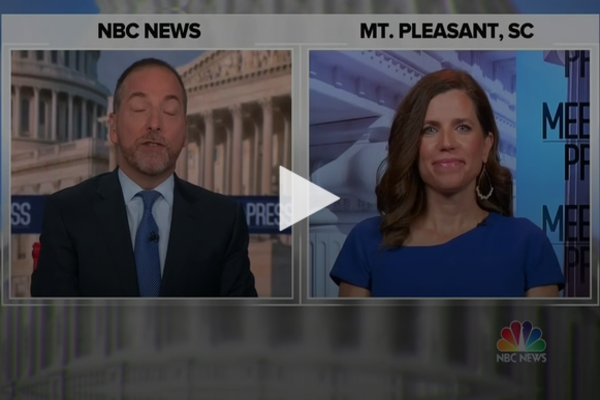 (breitbart) – Representative Nancy Mace (R-SC) said Sunday on NBC’s “Meet the Press” that if Republicans win the majority in the House of Representatives in November, there’s a lot of pressure to have an impeachment vote on President Joe Biden.

Anchor Chuck Todd said, “So Republicans pitched Kevin McCarthy put out his pitch called The Commitment to America on this. Part of it was accountability, and it’s kind of vague, but you’ve hearty some of the details, and you talked about the idea there may be a special select committee. Do you expect an impeachment vote against President Biden if Republicans take over the House?”

Mace said, “I believe there’s pressure on the Republicans to have that vote to put that legislation forward and have that vote. I think that is something that some folks are considering.”

Mace said, “Yeah, I want to follow the Constitution. Oversight is important, but when I think of oversight of the federal government, I’m thinking about the waste, fraud and abuse.”

Todd asked, “If the impeach Biden votes come up, how will you vote?”

Mace said, “Again, I’m going to read about that bill is filed, what’s in it. I didn’t vote to impeach the former president of the United States because I felt like due process was stripped away. I will vote for impeachment of any president if I feel that due process was stripped away for anyone.”
Todd said, “I can’t get over the first thing you said, which is that it’s very likely we’ll see an impeachment vote. Is this good for the Republican party?”