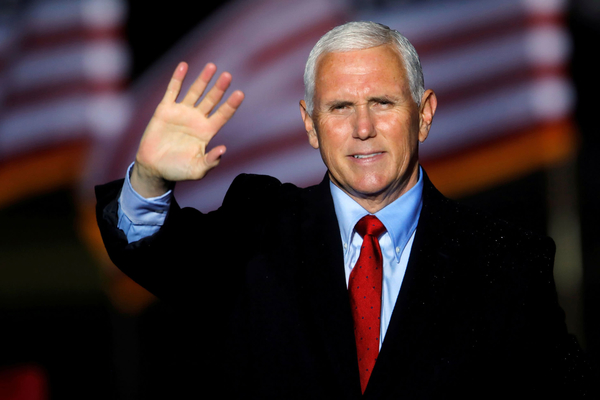 BREAKING: GOP Officially Turns Their Back On Trump

According to a survey released this week from Echelon Insights, the top-tier contenders in a non-Trump 2024 GOP field are Former Vice President Mike Pence, Sen. Ted Cruz (R-TX), and Gov. Ron DeSantis (R).

The survey by Echelon Insights was taken February 12-18.  Among the 1,005 registered voters and 430 GOP voters or leaners, respondents were asked. “Would you like to see Donald Trump for President in 2024?”

While most registered voters, 62 percent, said no. 55 percent of GOP or leaners said yes, up from 45 percent saying the same last month.

Respondents were asked to rank who they would support in a non-Trump GOP field. Recent surveys examing hypothetical 2024 GOP primary fields have Trump consistently dominating the field.

“If Donald Trump does NOT seek the Republican Party nomination for President in 2024 and the Republican presidential primaries were being held today, for whom would you vote?” it asked.

Twenty-one percent chose Pence, followed by Cruz, DeSantis, and Donald Trump Jr. with ten percent, eight percent, and eight percent, respectively. That reflects a two-point jump for Cruz and a six-point jump for the Florida governor since January. Notably, the survey concluded as Cruz is facing backlash for his controversial trip to Cancun.

Trump’s GOP support appears to be on the rise.  This support poses an issue for establishment Republicans.

Previous article
WOW: China Goes On The Offensive – Here Is What They Are Saying
Next article
BREAKING: Trump’s Social Network Plan Announced.