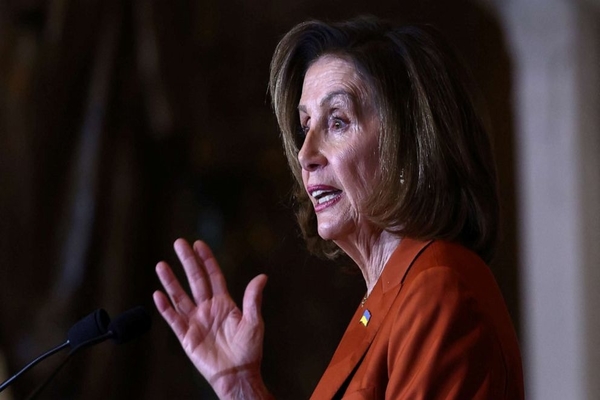 While the Republicans look to retake control of Congress in the 2022 midterm elections — which are only 109 days away — after being in the minority for roughly four years, the most recent Rasmussen Reports survey showed that 49 percent of likely U.S. voters would elect a Republican, compared to the 39 percent who said they would vote for the Democrat, giving the GOP a ten-point lead, two points larger than the previous week.

The ten-point lead in the poll on the Republican side comes roughly one month after the Supreme Court’s historic 5-4 opinion overturning Roe v. Wade through its ruling on the Dobbs case, which determined the right to abortion is not included in the Constitution, returning the issue of abortion laws and regulations to state legislatures.

The week following the decision, the Republicans only led the generic Congressional ballot by five points. So, while the Democrats were certain that focusing on advocating for the killing unborn Americans as a campaign talking point would win over constituents in the upcoming midterms, the polls show that using that topic would likely fail.

Rasmussen had previously noted that in June 2018 — before the Democrats took the House for the first time in eight years — they only held a four-point advantage on the generic congressional ballot.

Plus, as the 2018 November midterm election neared, the margins between the Democrats and Republicans became extremely close — Republicans had 46 percent to 45 percent for Democrats.

Furthermore, there is a vast difference in voter intensity between the parties, with 89 percent of Republican voters saying they would vote for their own party’s congressional candidate and only 79 percent of Democrats saying the same thing.

The Rasmussen Reports survey was conducted from July 17 to 21 and questioned 2,500 likely U.S. voters. The survey had a two percent margin of error and a 95 percent confidence level.

Previous article
BREAKING: Liz Cheney Makes The Most Ridiculous Move Yet
Next article
WOW: Fox News Refuses To Do It – Trump Mad As Hell