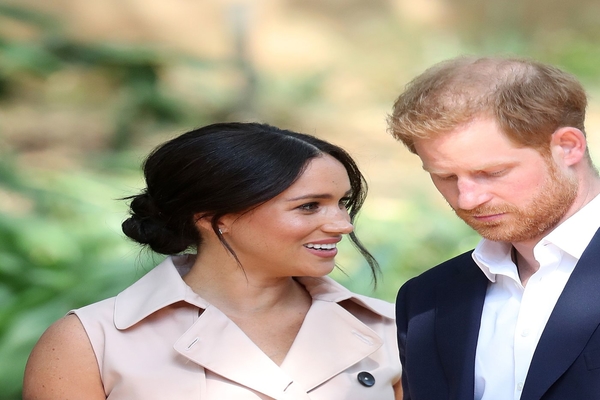 In a U.S. television interview with Oprah Winfrey, Meghan Markle alleged concerns about her son’s skin color ahead of birth from the British royal family.

There were “concerns and conversations about how dark his skin might be when he’s born,” Meghan said. The statement prompted Oprah to ask, “WHAT?”

Meghan would not say who expressed the concerns.

Markle refused to answer when Oprah asked who was facilitating those exchanges.

“I think that would be very damaging to them,” Markle said in an interview that canvassed her feelings on a host of issues to do with the royal family and life within its confines:

Prince Harry joined Meghan later in the interview, concealing the substance of the conversation about Archies skin color.

“That conversation I’m never going to share,” he said. “At the time, it was awkward. I was a little bit shocked.”

Also, in the interview, Meghan claimed Archie would be treated differently from other royal family members.

She offered no explanation why their son received different treatment than other grandchildren.  Meghan said:

The most important title I will ever have is mom.

The idea of our son not being safe, and also the idea that the first member of color in this family not being titled in the same way that other grandchildren would be.

The other piece of that conversation; there’s the George V or George VI convention that when you’re the grandchild of a monarch, so when Harry’s dad becomes king, automatically Archie and our next baby would become prince or princess or whatever they’re going to be.

Unsolicited remarks from the royal family about Archie’s skin color were difficult for her to understand, she said.

“I could never understand how it wouldn’t be seen as an added benefit and a reflection of the world today, especially right now, to go how inclusive is that that you can see someone who looks like you in this family, much less someone who was born into it,” she said.