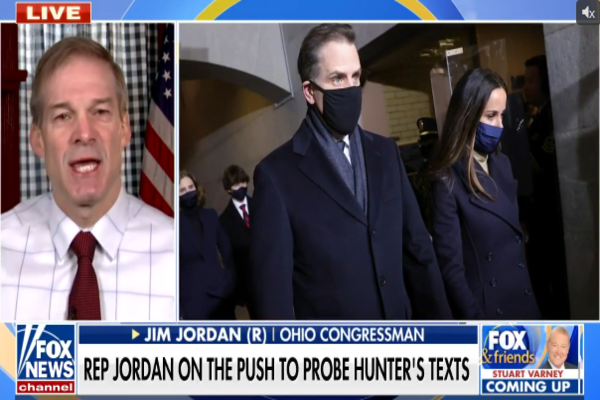 According to Jordan, newly released text messages show that Hunter was complaining about having to pay some of his father’s bills. He said those prove that the president had something to do with his finances. He added it looked like a “family enterprise.”

“Well, it sure looks like now family enterprise based on the recent text messages we have seen,” Jordan outlined. “And I’m just amazed at how this story has changed because it initially started out that it wasn’t his laptop. Then it was quickly well, it was his laptop, but it was Russian disinformation. And now it’s well, it wasn’t Russian disinformation, but Joe had nothing to do with it. And now we learn well, Joe did have something to do with it, but his chief of staff says did he nothing wrong. It doesn’t appear to be the case when you look at these recent text messages. So, we are going to look at all of this.”

He added, “We want to look at and this now what looks like certainly a family enterprise with these text messages that have recently surfaced.”