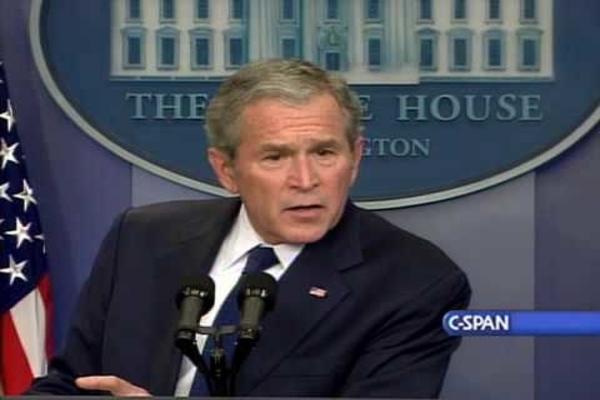 Bush made the legal maximum contribution of $5,800 to Cheney, the daughter of former Vice-President Dick Cheney, who has allied herself with Democrats in her pursuit of destroying the America First moment, the New York Times reported.

Cheney, who was ousted from GOP conference chair 2021 and is no longer recognized by the Wyoming GOP as a Republican, has outraised her Trump-endorsed opponent, Harriet Hageman.

Though the Times reported that fundraising numbers are not a “determining factor in outcomes,” Cheney has raised $2 million last quarter, while Hageman only collected $443,000.

However, Hageman has earned the support of America First heavy hitters. Donald Trump’s Save America PAC has reportedly donated the maximum $5,000 to Hageman, and venture capitalist and Republican megadonor Peter Thiel reportedly hosted a fundraiser on Wednesday for her.

During the event, Thiel reportedly dubbed Cheney as the “ringleader” of the “treasonous ten,” in reference to those House Republicans who voted to impeach Donald Trump.

A January straw poll, among GOP activists, conducted by the Wyoming Republican State Central Committee revealed Hageman holds a commanding lead over Cheney. By secret ballot, Hageman won 59 votes, and Cheney was given just 6, a 53-point victory by Hageman.

In November, the Wyoming GOP voted 31-29 to no longer recognize Cheney as a Republican.

Hageman responded to Cheney by telling the Casper Star-Tribune, “When she launched her war against President Trump, she completely broke with where we are as a state.”

Cheney’s history as a member of Congress includes voting to impeach Trump, voting to hold Steve Bannon in contempt of Congress for not appearing before the partisan, investigatory January 6 committee, and joining Democrats for the January 6 festivities at the Capitol building.