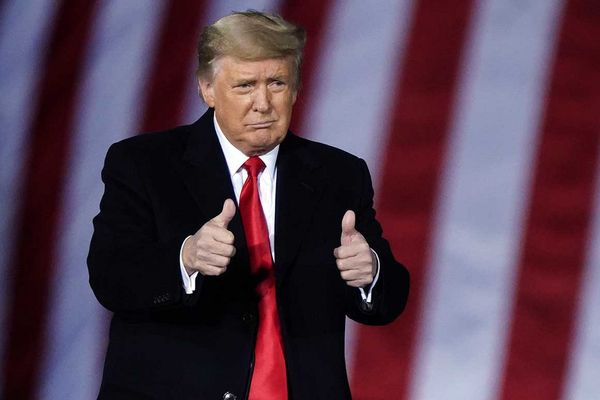 The dismissal spared Trump from having to sit for a deposition.

According to the New York Post, back in 2016 Zervos accused Trump of groping and kissing her against her will while she was a contestant on the “Apprentice” in 2007.

The judge dismissed the lawsuit with prejudice, preventing her from filing it again.

However, this wasn’t the only Trump legal victory on Friday night. A different New York judge dismissed another lawsuit involving the former president, this one was brought by his former attorney Michael Cohen who was suing him for past legal fees.

A spokesperson for the Trump organization applauded the dismissals of Cohen’s lawsuit, accusing him of trying to enrich himself off his association with the former president.

“​​Today’s incredible victory for the Trump Organization puts an end to the frivolous litigation by convicted felon Michael Cohen. While the Southern District of New York already found that Mr. Cohen engaged in a ‘smorgasbord of fraudulent conduct…motivated by personal greed and ambition,” the spokesperson wrote in a statement obtained by CNN.

“Mr. Cohen attempted to invent a basis for requiring the Trump Organization to pay his legal fees for personal criminal conduct (including perjury). Mr. Cohen’s attempts at self-enrichment, however, once again failed. Having won this case, we now look forward to seeking monetary damages against Mr. Cohen for all of his despicable conduct.”