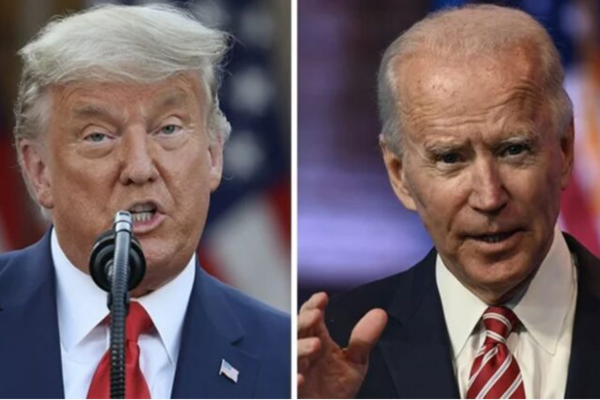 (trendingpolitics) – There was a brief moment in recent history when Donald Trump had actually thanked Joe Biden for acknowledging his help pushing the vaccines that were developed under his administration.

But those days are long gone and 45 is now back to his familiar stomping grounds of thrashing the Democratic president for botching the Covid response.

“The Biden Administration’s response to COVID is getting worse every day,” Trump wrote on Wednesday in a press release. “Joe Biden said, ‘there is no federal solution’ to the pandemic, but he then federalized the distribution of antibodies, and red states are getting the short end of the stick. In my administration, we respected the role of Governors to take care of their own states, and they could request antibodies and therapeutics depending on what they needed. That’s the way our Country is supposed to be run.”

“Now, there’s talk by the Biden Administration again about closing schools and even vaccine mandates for school children,” he added. “This is an outrage, and MAGA nation should rise up and oppose this egregious federal government overreach. The Democrats are so incredibly mandate happy—there is discussion about a vaccine mandate for school kids this year in Detroit and other Democrat-run places.”

“Our administration did what they said could not be done—vaccines in record time,” he added. “But we never issued mandates, and I never would! People should be able to choose how they want to govern their own health. The federal government must be reined in and give the people back the freedom to decide whether they want to be vaccinated or not.”

“Joe Biden said he would never issue mandates, but he did it anyway like so many other things,” he added.

Former President Trump said in December he was “very appreciative” and “surprised” that President Biden thanked him and his administration for their success in making COVID-19 vaccines available to the public. But Donald Trump never supported vaccine mandates.

Biden also recently capitulated that there was “no federal solution” in a call to governors after he had earlier said during the presidential debates that he would “end” Covid. This was the claim he made in an October 2020 debate.

“Anyone who is responsible for that many deaths should not remain as President of the United States,” Biden said.