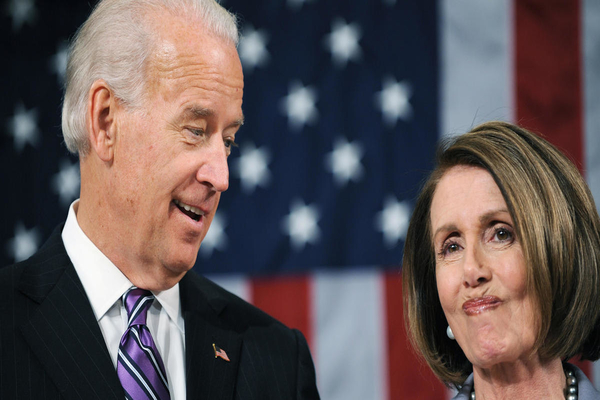 Democrats are anticipating presenting new footage of the January 6 Capitol protest “as well as updated details about injured police officers as they are seeking to build an emotionally compelling impeachment case against former President Donald Trump”, according to a report from the Washington Post.

Primarily the goal, according to the report, is to “present the Senate with fresh evidence that reveals what Trump knew in advance” of the mass protest. They hope to put Republican senators, many of whom indicate they will not vote to convict the former president, in an “uncomfortable” position, given the Republican position of backing the blue. One police officer, Brian Sicknick, died “due to injuries sustained while on duty according to the Capitol Police

Officer Sicknick was responding to the riots on Wednesday, January 6, 2021, at the U.S. Capitol and was injured while physically engaging with protesters,” police said. “He returned to his division office and collapsed.”

The House impeachment managers are determined to present as much evidence as senators allow, to ensure a permanent record of Trump’s role in the riots — and to force Republicans to witness the chaos

and carnage one more time before they vote against conviction, several individuals familiar with Democratic thinking said.

House Democrats are assuming they will be permitted to play a compilation of footage from Jan. 6, including newly released cellphone recordings of protesters attending Trump’s “Stop the Steal” rally that morning, said these individuals, who spoke on the condition of anonymity to discuss private conversations. The compilation will also likely feature footage from inside the Capitol after protesters breached it.

The footage is being collected by House managers and support staff, and compiled by the law firm Debevoise & Plimpton, which produced audiovisual materials for Trump’s first impeachment trial when he faced charges that he had solicited foreign interference to help his reelection bid.

“What story are we going to tell to get there? We are going to describe what happened as summarized by Liz Cheney when she announced her support for Trump’s impeachment: ‘He summoned the mob, assembled the mob, and lit the flame of this attack,’” an individual described as “working on strategy with the House impeachment managers” said, adding that the goal is to convict Trump.

The Democrat-led House, alongside ten Republican lawmakers, voted to impeach Trump for incitement of insurrection one week after the riot. They contend that Trump effectively urged supporters to rush the Capitol and engage in lawless acts, even though he did not call for lawlessness or violence at the “Save America” rally earlier in the day. As the chaos unfolded, Trump repeatedly called for peace and order.

Shortly after 2:30 pm Eastern January 6, Trump wrote on Twitter, “Please support our Capitol Police and Law Enforcement, They are truly on the side of our Country. Stay peaceful!”

“I am asking for everyone at the U.S. Capitol to remain peaceful. No violence! Remember, WE are the Party of Law & Order – respect the Law and our great men and women in Blue. Thank you!” He also called on people to “go home with love & in peace,” he later added.

Sen Rand Paul (R-KY) has deemed the trial “dead on arrival” after most GOP senators supported his concerns of the constitutionally and legitimacy of proceeding:

“This impeachment is nothing more than a partisan exercise designed to further divide the country,” he told his colleagues, adding that “impeaching a former president, a private citizen, is the antithesis of unity.”

Senate Majority Leader Chuck Schumer (D-NY) made it clear that the Democrats’ primary goal is to prevent Trump from ever running for office again.

Trumps plans for 2024 have yet to be outlined.