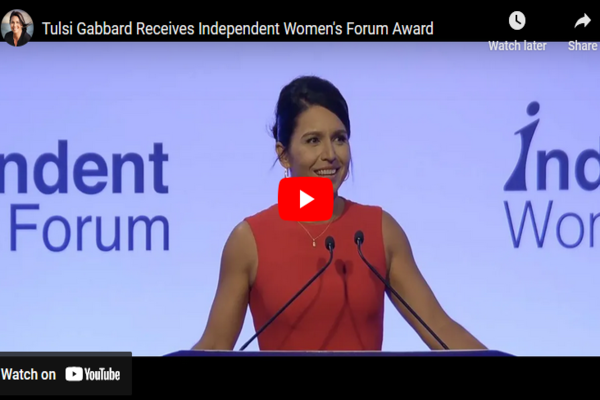 (washingtonexaminer) – Former Hawaii Rep. Tulsi Gabbard chastised her former party Thursday night, claiming that powerful people in the Democratic Party are denying “objective truth” and bullying those who did not agree.

Gabbard, who left the Democratic Party on Tuesday, blasted members of the Left for allegedly erasing the existence of women by not addressing the biological differences between the two sexes.

“And what happens in our society when we have people in the highest positions of power who deny the existence of objective truth, what happens is then there is no such thing as truth. … Truth becomes whatever the people in power at any given moment want it to be,” she said.

Members of the Democratic Party are hypocrites who claimed to be on the side of women, yet cannot define what a woman is, Gabbard added.

“How is it controversial to define what a woman is?” the former congresswoman asked. “It is the height of hypocrisy for those who claim to be feminists, for the Democratic Party, who claims to be champions for women over decades … to deny that there is such a thing as a woman.”

Although she has left the Democratic Party, Gabbard has not announced plans to join a different political affiliation. Gabbard represented the 2nd Congressional District of Hawaii from 2013 to 2021.